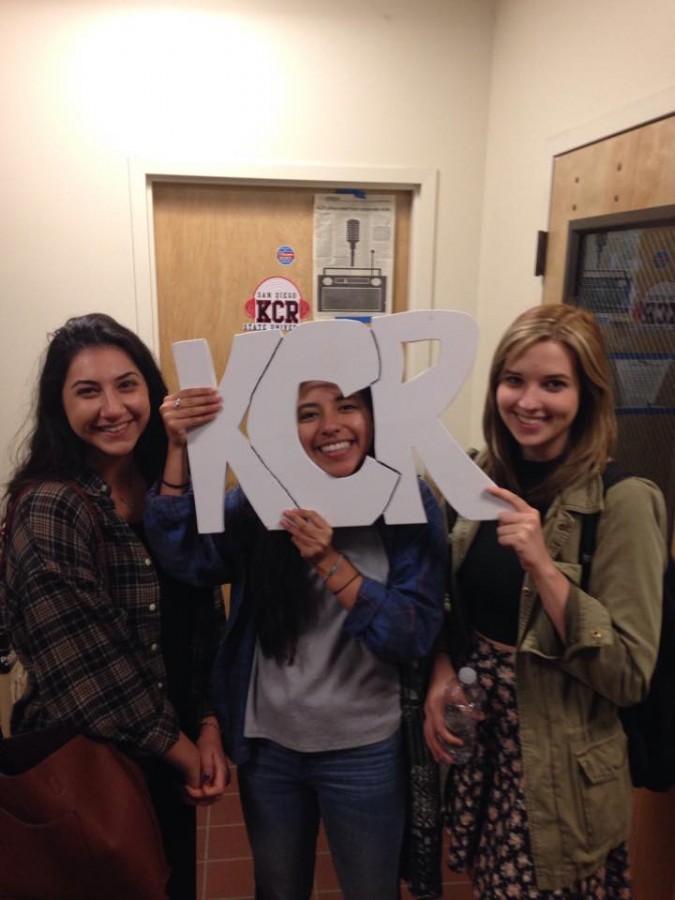 Every Friday, the co-hosts of set the mood for their versatile show with some Christmas lights and a lava lamp. The show runs 3-4 p.m. on KCR’s website and its new radio signal, 1610 AM.

Music has its special way of connecting people, and in this case, indie music connected the three SDSU student co-hosts of “The KRK Show.” The name of the show combines the initials of co-hosts Kiersten Suckert, Renee Ramirez and Kiana Malekzadeh.

“They’re like my best friends now, so it’s kind of fun to just have that hour where we listen to music and we don’t really say much,” said Ramirez, who’s also the station’s music director.  “We don’t want you to hear us ramble. We just want you to listen to some really good music.”

The indie genre is full of diversity because it branches out into an assortment of subgenres, which often fuse multiple musical elements together. Music from indie-rock bands Glass Animals, Local Natives, FIDLAR and Milky Chance are just a few that have been played on the show.

Suckert, the station’s event director, loves to play dream pop and indie-soul on the show.

Ramirez said she enjoys having a variety of different bands and artists on the show so students can be introduced to new music.

“There is always room to expand your music taste,” she said. “I think people like to just stick to what they listen to. Not a lot of people like to venture out and try new stuff.”

Each co-host brings her personal musical style to the show. Ramirez likes to play slower, mellow tracks that students can listen to while they study or even when they nap.

“I tend to play experimental, psychedelic and indie alternative,” Suckert said. “Our show offers something different. All of us as co-hosts are really good friends so I think we add that element of a relaxed, comfortable style.”

In addition to the abundance of indie music, “The KRK Show” co-hosts occasionally get the opportunity to interview bands and artists live. Recently they had an interview with energetic electro-pop band Five Knives. These three gal pals and indie fans also like to mention upcoming festivals and shows that relate to the music they’re playing.

“Since doing KCR, I realized that I really want to work with music,” Ramirez said. “I like meeting bands, interviewing bands and also helping bands do promotional stuff.”

She said the scariest parts about having a radio show are the technical issues that can occur live.

“I wanted to do something as a hobby,” Suckert said. “I have always been extremely passionate about music so (KCR) is kind of like my little treat to myself.”