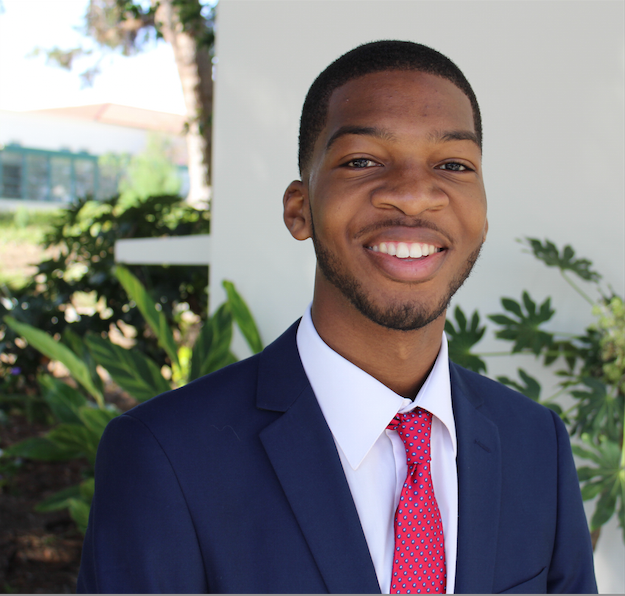 Why did you decide to run for Associated Students Vice President of University Affairs?

I chose to run because I saw the impact I could make in allowing students to join in decision-making conversations with the changes that are going on within the university and to allow students to have a voice that is a part of A.S., to see change within their community and partnering communities.

For the student body to know their execs during campaign. Because last year, when the execs were campaigning, there was everything about the issues and voting, but after, the students don’t usually hear from their execs many times after they get elected. I understand it’s a busy schedule and being able to be personable and relate to the students on campus, not just through being a student but by being their friend. Casual conversation with random students.

I’d like to see SDSU become more of an overall closely knit family. I think SDSU really only comes together during athletic events. At the basketball game you’re high-fiving people behind you that you have never seen before. (At the) football game, everyone’s out there in the same sun, sweating the same sweat, they’re one with the game, one with SDSU athletics. And on campus you don’t really feel that. I understand everybody is in their own zone and focused on whatever they need to be focused on. Creating a more dynamic and close-knit family is a change I would like to see at SDSU.

How did you get involved with A.S.?

Originally coming on campus, I was not involved with A.S. I was chief financial officer of the African Student Union and from there I saw the impact I made within that organization and then I sought out to be the chief financial officer of the Student African-American Brotherhood my second year and I just continuously saw the impact I was making within the university and I saw the issues our community was facing so I decided to seek out A.S. and be involved in decision-making processes. But I was a part of making sure our voice was heard, whether it’s in student life or academics or university affairs, I just wanted to make sure that I was representing the community. I got on the University Affairs Board, and from there I became knowledgeable about the position of VP of University Affairs.

Students not being able to see what’s going on. Usually it’s just like a newsletter that they see and they post it to the 2018 freshman page, and that’s where we find out what went on, what was the repercussion from that, and who made the decision, but I feel like students need to know the issues right when they arrive and be able to give feedback to the faculty and staff. To be able to reach out to the students and get insight on what they think should be done.

What do you like and dislike about Associated Students?

What I don’t like about A.S. is like what I said earlier, the visibility of what’s going on. I think they should publicize their goals, the goals that they hit, the ones they maybe halfway hit, and the ones that they did not achieve. Because with that, students would know what A.S. actually does for the campus. When students see that, they’re like, ‘OK, A.S. is really out there doing something. They’re not just hosting events in the union, they’re actually making a difference in classrooms, in residence halls and in places around campus.’ I think just the visibility and transparency of Associated Students needs to be improved.

What are some accomplishments you’re proud of?

I’m proud of coming to college. In high school, my high school wasn’t really focused on getting their students to college, they were focused on getting their students out of high school and getting them their diploma. Not a lot of students I graduated with attended university, and I want to be a role model for students that are there right now and students that I graduated with. So they know that even if you graduate from Crenshaw High School, you can run for an executive. Sky’s the limit, doesn’t matter where you came from, everybody has their why and that’s what pushes them … that’s what pushes me.

I strive to put a smile on one person’s face every day. Every single day. When I wake up that is my main goal in life. You never know what anybody’s going through.