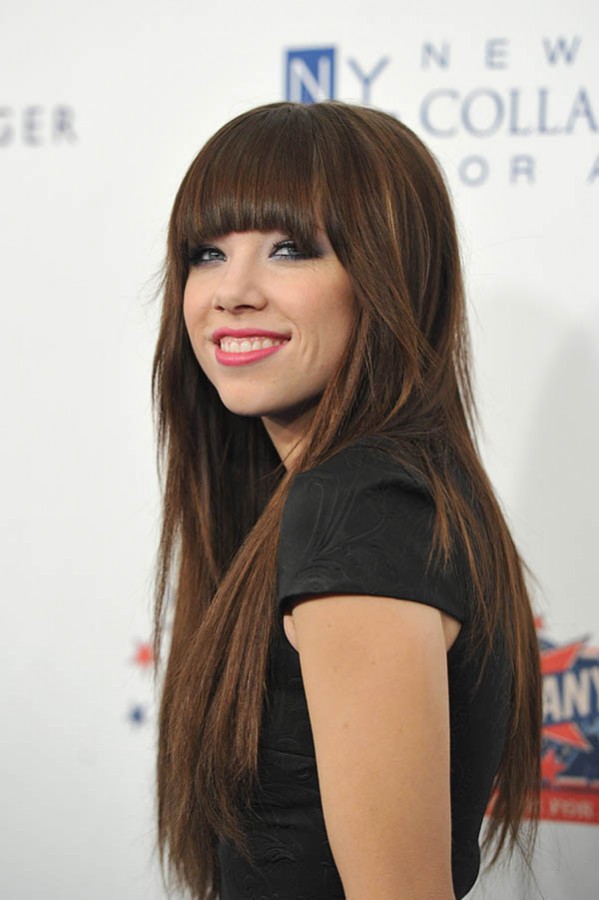 All I could think about when I saw Carly Rae Jepsen perform at The Grove in Anaheim was the critics who shrugged off the pop singer’s latest album, “Emotion.”

The reviews of “Emotion” published on its release week overall read positively, but some rubbed me the wrong way. Though they agreed the music was well-made, critics pointed out that Jepsen lacked a certain kind of identity. The songs were fun, but who was she exactly?

Sure, Jepsen might not have a particular brand set behind her music compared to, say, the dorky 20-something Taylor Swift. However, to say she lacked character and personality during her show on Friday, Feb. 26 would be far from the truth.

If I had to assign a character for the pop singer, she would fit the role of a timid theater geek who comes alive on stage. Perhaps part of her stage presence owes to her time playing the titular princess for the Broadway production of “Cinderella” two years ago.

“I like to sip whiskey before handling serious business,” she shared as she had her drink of choice on stage. “Boy problems, that is.”

Cheesy yet charming banter like this often led into songs culled from both “Emotion” and “Kiss,” her breakthrough album which features “Call Me Maybe.”

The chat between her drink introduced “Boy Problems,” a title which covers the themes behind most of the songs in Jepsen’s set list.

Jepsen’s mightiest anthems voice an overwhelming amount of feelings for a boy who usually has no clue about her big crush on him. Her emotions often twist her choice of words into an unexpected turn of phrase.

“I know you got a rough time, but here I come to hijack you,” she sang in the chorus of “Making the Most of the Night.”

Paired with slick, retro disco grooves, her songs about chasing her crush, such as “This Kiss” or “Warm Blood,” felt as gratifying to dance along to as it was to slip inside her crush-centered world.

I felt especially invincible during the set-opener “Run Away with Me.” The song already shines on record with the energy of a thousand suns, thanks to its saxophone riff and Jepsen’s us-against-the-world lyrics. The dreamy music only hit stronger with the beat pumping through the venue’s booming sound system.

“Hold on to me, I never want to let you go,” she sang in the song’s bridge. “Over the weekend, we can turn the world to gold.”

Though it felt amazing to be on cloud nine, Jepsen’s songs struck the biggest chord when she used the music as a platform to air out some feelings of unrequited love and attention.

The lyrics from her best hits were made to be shouted out loud, so I held on to them tightly and sang as if I got dumped the day before.

“No more crying to get me through,” Jepsen sang in “Tonight I’m Getting Over You.” “I keep dancing till the morning with somebody new. Tonight I’m getting over you.”

The synthesizers fizzed like soda pop, but the emotions that filled the song felt anything but sweet. Same went for “Your Type” — “I’m not the type of girl you call more than a friend” — and “When I Needed You” — “Where were you for me when I needed someone?”

The show turned bright and bubbly again as the band members returned after Jepsen’s solo acoustic rendition of “Curiosity.”

“The other boys are back,” Jepsen said. “They try to chase me.”

A group of smartphones then immediately appeared to record Jepsen as she sang “Call Me Maybe.” After the lights dimmed and the pop singer finished her most famous single, a fan threw to the stage a handmade jacket with the stitched banner “I Didn’t Just Come Here to Dance,” in reference to her song in “Emotion.”

Jepsen segued into the final song of the night, “I Really Like You,” as if the gifting was a part of her show all along. Her world was but a stage.