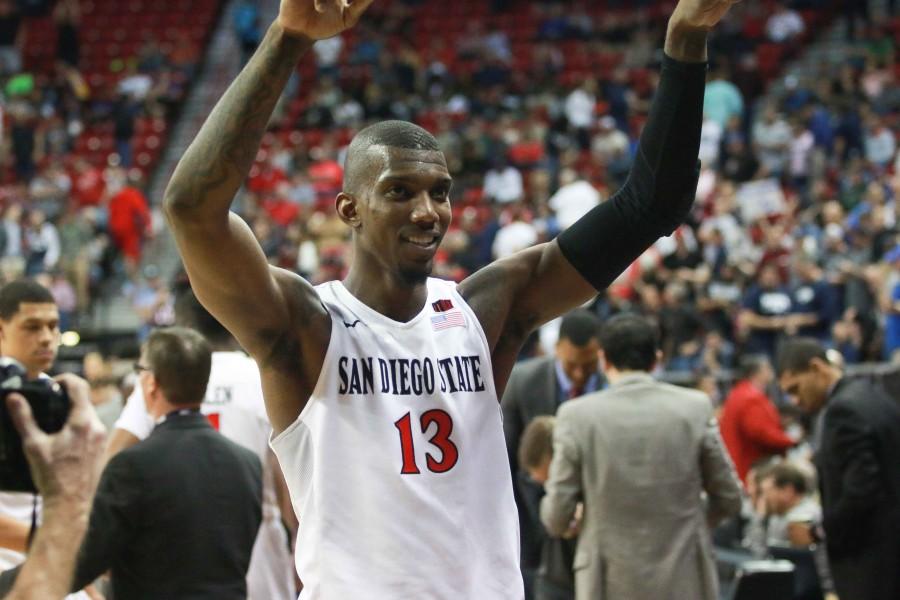 LAS VEGAS — It’s the question everybody’s been asking, but nobody has an answer to.

Does the San Diego State men’s basketball team need to win the Mountain West Tournament to make the NCAA tournament?

“I will be like all our fans if we don’t cut down nets tomorrow, very nervous on Sunday,” head coach Steve Fisher said. “I think we do have a body of work that is substantial. I’m sure we’re not the lone ranger along that line.”

Nevada head coach Eric Musselman, whose team’s chances of making the NCAA tournament were squashed Friday by the Aztecs, also had a thought on the matter.

“I don’t think there’s any doubt (SDSU is) NCAA-worthy,” he said. ” … I think when a program is able to sustain success over time, I know they talk about it’s only this year, but they have a veteran-laden team that knows how to win close games. And I don’t even think that they’re just a tournament team, but I also think they can win games in the NCAA tournament.”

There’s a simpler way for the Aztecs to assure themselves a spot in the Big Dance, and that would be with a win Saturday against Fresno State in the tournament finale.

It seems fitting that the Aztecs must get past Fresno State to win their first conference tournament final since 2011.

In the teams’ first meeting at Viejas Arena on Jan. 19, Bulldogs senior guard Cezar Guerrero hit a 3-pointer as time expired to send the game into overtime. The Aztecs prevailed, though, and won 73-67.

“In order to win the game we are going to have to play our best basketball,” Bulldogs senior guard Marvelle Harris said.

They did that without junior forwards Torren Allen and Edo, who were both regulars in the team’s starting lineup.

Allen remains out, but Edo is healthy and will provide a challenge for the Aztecs in the post.

SDSU is battling health problems of its own.

Sophomore guard Trey Kell, the team’s leading scorer in conference play, came down with a bug of some sort before arriving in Las Vegas and was clearly not at 100 percent in the team’s win Friday.

He still managed to score 13 points in the second half, though, after receiving an IV at halftime.

Follow along @DAztecSports and @thedailyaztec for live updates throughout the game and postgame coverage.