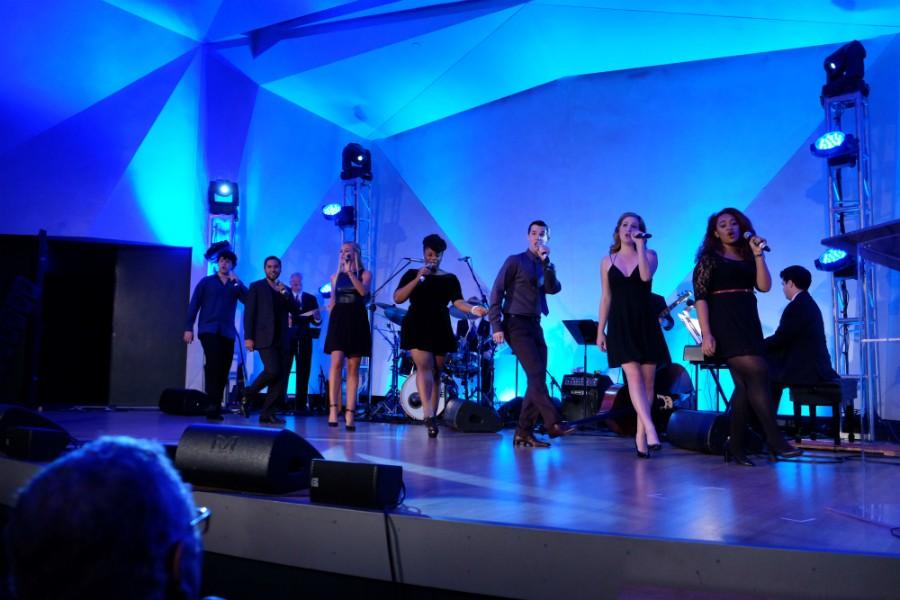 The judges have deliberated, and the time has come. Contestants have been narrowed down to only a talented few. The students have done all they can do — and that is sing.

After more than 80 student auditions for the second annual Campus SuperStar singing competition, four of the ten finalists include San Diego State students. These four Aztecs will perform at the American Idol-type finale on April 10 for a $5,000 grand prize. Other finalists from all around San Diego county include students from the UC San Diego, Point Loma Nazarene, Grossmont College and Mira Costa College.

Being a part of the niche theater world in San Diego, Ringer was encouraged by the musical theater department to audition for Campus SuperStar. Because he was studying abroad in England during last year’s competition, he knew this year could be his chance.

“I definitely didn’t want to pass up the chance to have this opportunity,” Ringer said.

Ringer’s singing experience includes his involvement with various musicals on campus, including a role in the recent adaptation of “The Drowsy Chaperone.” Aside from musical theater, he has played in a rock band.

“Winning would be a testament to the talent and the work that I’ve put into all of my years of studying theater and vocals,” Ringer said. “I’ve sang all these genres and I’ve been training for years for moments like this.”

Similarly, Matthew Gibson was encouraged to audition for Campus SuperStar by the musical theater department. Gibson admits to not having done a singing competition since high school, but he has a good feeling about this one.

“There is always a fun energy in singing competitions,” he said.

In the American-Idol-like competition, contestants auditioned in front of three judges. The judges then narrowed down the contestants in a fashion similar to the popular television show. The finale will feature each finalist performing an individual song with a live band, as well as a choreographed group number.

While Lisa Parente may think this competition is outside of her comfort zone, she admits she very much enjoyed the group numbers.

“I’m expecting the final round to be a lot of fun,” she said. “It all feels so fun instead of feeling like a competition.”

Parente’s singing has been seen on campus with her involvement in choir and the campus opera. She believes the competition to be more of an experience than anything else.

Rachael Rothman also shares a similar operatic style. She has been seen in the past as a lead in the campus opera and also as a singer in a cover band that used unconventional instruments. Even though she is used to working with others in the classical genre, she still hopes to be successful in winning this competition.

“It would be cool to finally be represented in a big way,” Rothman said.

Aside from the glory and bragging rights, the  winner of Campus SuperStar will receive $5,000, and the second and third place will receive $1,500 and $1,000 respectively.

Parente plans on attending graduate school after SDSU, so the prize money will be put toward expanding her education and training.

“It would be cool to choose a school not based on money but based on the programs offered,” Parente said.

As for Gibson, potential prize money will help support him in his move to Los Angeles. On the other hand, Ringer admits to having recently been the victim in a hit-and-run car accident. He said that if given the honor of winning the competition, all prize money will be put toward his damaged car.

The ten finalists will battle at Irwin M. Jacobs Qualcomm Hall for the $7,500 in prize money. Proceeds from this fundraising event benefit Hillel of San Diego, an organization dedicated to creating vibrant Jewish life on college campuses.

“I think it’s nice when the talent you’ve been working on is noticed,” Ringer said.

No matter what the reasoning or artistic style of the students may be, these four Aztecs have the opportunity to win big.