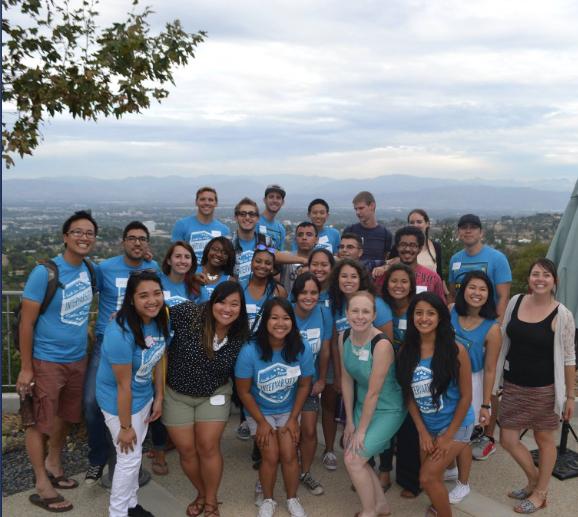 A recent study by San Diego State researchers found that religious practices among Americans are on the decline.

Psychology professor Jean Twenge and three other SDSU researchers, Ryne Sherman, Julie Exline and Joshua Grubbs, found that a majority of Americans remained religious, but three times as many people in 2014 had no religious affiliation compared to 1972.

Five times as many Americans in 2014 reported that they had never prayed before, compared to reports in the late 1980s.

Stephanie Proctor, a criminal justice graduate student, agreed with the study findings and said the decline in religion can be due to people being more independent and not following the same beliefs as their parents.

But Proctor remains religious and is a member of the Intervarsity club on campus.

“Most of the people that I know that pray and me, myself, see it as a more personal relationship with God more than just something you do,” Proctor said. “In my experience, it’s more about the personal connective side of it, but as people are given more freedom to choose they feel more free not to if they rather not.”

Twenge had been reading many books in relation to the decline of religious affiliations but did not see a lot of studies done on religious practices.

Some of the books she read suggested there had not been a change in these practices, so she decided to research this to see if there had been any change.

The research took two years to complete. Researchers gathered data from the General Social Survey from 1972 until the present.

The research article points out how the rise of individualism in this country has affected religion. For the past several years, there has been an increase in emphasizing more on oneself and less on social rules.

The study discusses religion implies a level of commitment to a larger group or organization, and Western societies have are more free and not into commitment groups.

Twenge said one of the most challenging parts of the survey was to see whether these changes over time were because everyone was changing and evolving or if it was a generational effect.

Separating these changes was difficult because they correlate with each other.

In the end, the researchers found that there was a time period effect.

She said she does not feel like she has to go to church every Sunday or pray every day to be religious and have God with her.

“I think the reason why religion has faced such a decline is because it is so regulating and everyone feels judged by it,” Elena said.

“I think that extremely orthodox believers, in whatever faith they may be of, have really tainted millennials’ views of religion. I believe that (God) is there to support my spirit, not to judge it.”