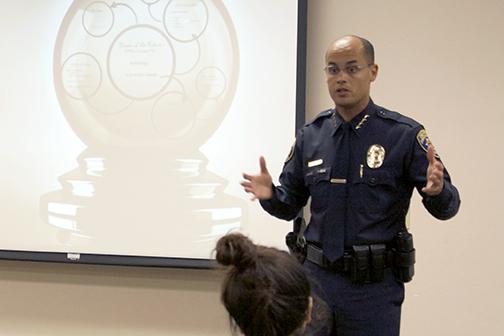 Chief Lamine Secka of the San Diego State Police Department will be leaving his post as police chief on May 16, to pursue a new role as SDSU’s director of emergency services.

He has served as part of SDSUPD for over 10 years, and has been in law enforcement more than 24 years. His new role will involve further developing the campus emergency management programs.

In an email from Tom McCarron, vice president of Business and Financial Affairs, announcing the change, he wrote, “We are very thankful for Chief Secka’s dedication to SDSU and we look forward to his work in this new role and his continued partnership with University Police.”

Captain Josh Mays will be taking over as interim chief of police. Mays has been with SDSUPD for 12 years, and worked in law enforcement for over 17 years.