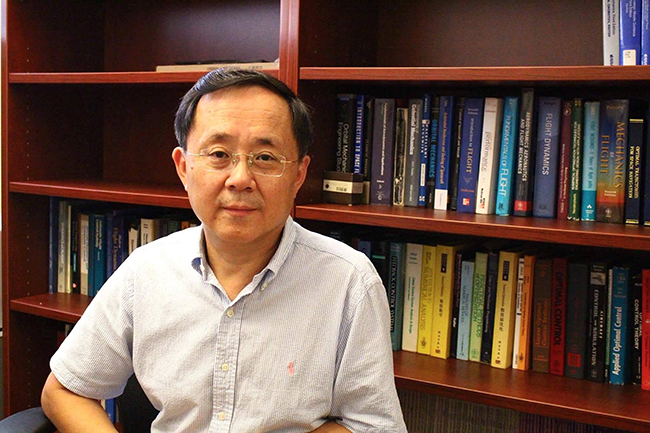 They include a diverse group, including a rocket scientist and a anthropologist specializing in psycho active drug use.

Professor and Chair of the Department of Aerospace Engineering, Ping Lu

He decided to come to SDSU from Iowa because San Diego is closer to some of the major NASA facilities like the Jet Propulsion Labratory in Los Angeles.

Lu is the chair of the department of aerospace engineering and will not be teaching this semester.

He is currently researching on advanced aerocapture, entry and powered landing guidance to allow humans to land on Mars.

For 10 years, Lu has been working on making a spacecraft to send humans to Mars.

He says that in order for humans to be able to send anyone to Mars they need to figure out a way to slow down the spacecraft and to double the mass of the rocket.

“As humankind we, have landed on moons right, and the next destination for human space exploration, that everyone thinks should be the next stop, should be Mars,” Lu said.

He says that there are several factors that make Mars exploration difficult, namely how much time it takes to travel to Mars, and how much fuel is necessary for the trip.

As of now, if they want to send a spacecraft to Mars, 50 to 60 percent of the spacecraft will be fuel.

This leaves little space for people and supplies.

Lu and other researchers are figuring out a way to reduce this issue, but he says it will take at least another ten years until they are able to achieve this.

“This is the next biggest milestone in space explorations by humans and we are building the technology together,” Lu said.

He said that a lot of people can wonder why it is important to continue exploring space, but the technology we can get from exploration is crucial to society.

“A lot of technology we are using these days have their origin in what we initially developed developing for space or aviation,” Lu said.

“They became important parts of our lives that we don’t realize.”

Department Chair and Professor of Quaternary and Geology and Geophysics, Allen Gontz 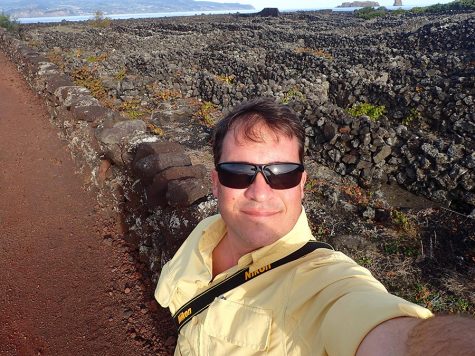 Allen Gontz is a quaternary geologist specializing in landscape evolution.

He studies how the Earth has changed over the past two million years by using the techniques of geophysics and geology.

He decided to pursue a career in this field because of geology’s similarity to history and forensics.

“We are trying to solve problems with incomplete information, yet almost all of the information is given to us, we just have to learn how to speak the language,” Gontz said. “So using the Earth itself to understand the history of the Earth, figuring out puzzles is really what drew me to geology.”

Currently, he is researching the climate history of southeast Australia and climate changes to the fluvial systems in Australia’s riverine plains.

He has seen six out of the seven continents and has crossed every major line on the map.

Every year he spends a lot of time in Australia, New Zealand and Brazil doing research programs.

Gontz has many highlights in his career which include working in Australia, the world’s largest sand island, Fraser Island.

Other highlights from his career included seeing the Southern Cross from an icebreaker ship in Antarctica and swimming in some of Iceland’s thermal pools. He also had an opportunity to work on an Australian archaeological site with 26,000-year-old artifacts from an Aborigine burial.

Gontz said he decided to come to SDSU because it was time for a change. He had been working at the University of Mashacusetts, Boston for 11 years and once he saw a position for the chair of the geology department he applied.

“Of all the places in the United States that everybody talks about San Diego seems to be the place that everyone wants to live,” Gontz said.  “The reputation of the school is quite high and quite good so it wasn’t just about the weather.”

He looks forwards to working with the faculty in the department and interacting with the diverse student body on campus as well as exploring the West Coast and trying the Mexican food.

Associate Professor for the Department of Educational Leadership, Jayson Richardson 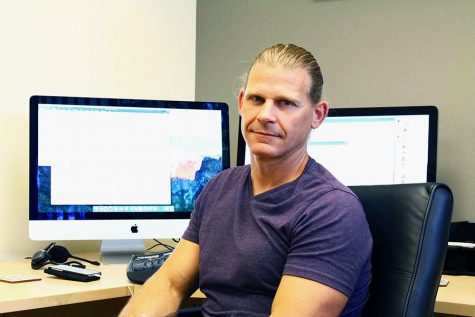 He focuses his academic effects on school technology leadership and international development.

He decided to work in technology and leadership after doing research in Cambodia.

During his time in Cambodia, he looked at how teachers were being trained with technology and how leaders who do not get the proper training are not  be able to teach properly in schools.

Currently, his research projects include cybercrime policies in Cambodia and open access publishing in the field of education leadership.

He is also the Director of the Center for the Advanced Study for Technology Leadership in Education (CASTLE), which is the only center of its kind in the United States.

On his spare time, Richardson has renovated two houses and a 1967 Ford Mustang that he bought when he was 14 years old.
He said that his Mustang took over 30 years to repair.

Assistant Professor for the Department of Anthropology, Casey Roulette 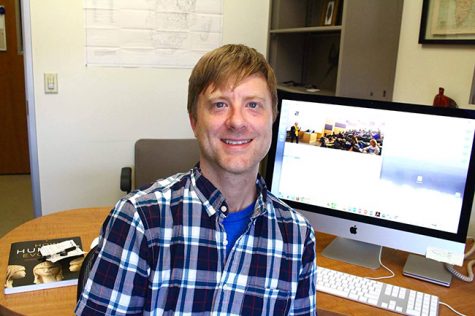 Casey Roulette is a biological anthropologist specializing in evolutionary and cultural approaches to psychoactive drug use.

He decided to pursue a career in anthropology after he took a class called sex evolution of human nature, which he is offering next semester. The class applied biological anthropology resonated concepts to human behavior.

“It just resonated with me a lot, and it was new material that I had never heard before that made sense to me,” Roulette said.

He is currently working on exploring the recreational use of traditional plants used by the Massai of Tanzania.

Roulette said the Massai have a plant they use recreationally as a psychoactive drug that contains antibiotic compounds against E. coli.

“I’d like to get back there and look at the relationship between the use of this and its potential to influence E. coli infections in this populations,” Roulette said. “In what ways I’m not sure, or even if it does anything who knows, it could be contributing or drug resistance in E. coli.”