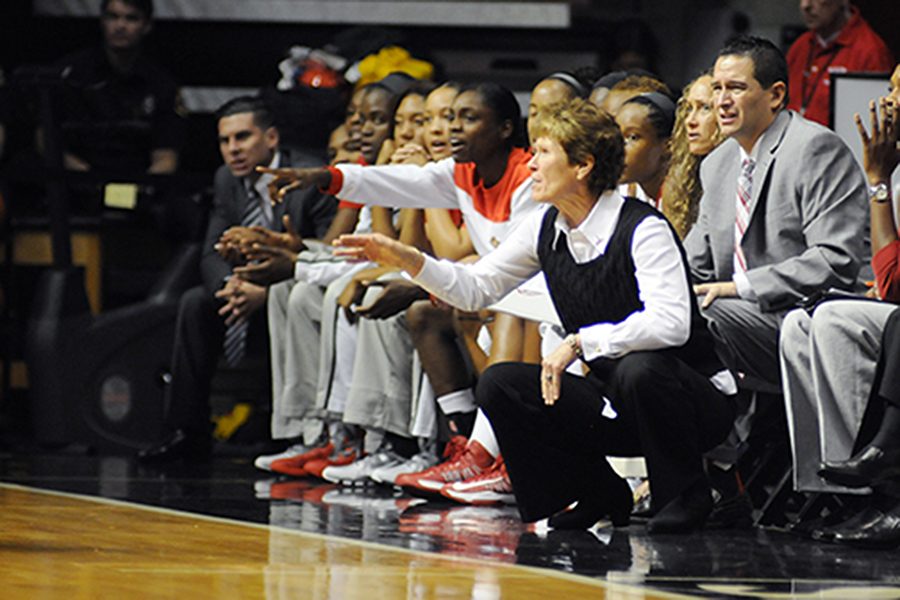 She sued SDSU in 2014 for breach of contract, breach of covenant of good faith and fair dealing and retaliation, according to court documents.

Burns won the most games of any coach for the SDSU women’s basketball team in the school’s history, having led the program for 16 years with a 295-186 record.

She retired as coach in 2013 after SDSU Director of Intercollegiate Athletics Jim Sterk told her to resign, retire or be fired in response to her being caught on camera hitting assistant coach Adam Barretts clipboard then elbowing him during a game in February 2013.

Burns chose retirement, and was later hired as an assistant head coach at USC.

Her retirement came one year after she led the Aztecs to a 27-7 overall record.

Burns said her elbowing of Barrett was not intentional and sued the university alleging she was actually fired because she had complained about equity between the men’s and women’s basketball teams, the San Diego Union-Tribune reported.

According to the Union-Tribune, jurors voted 10-2 that issues with Title IX, which bans discrimination on the basis of sex in educational settings, were a “contributing factor” in Burns’ exit from the university, and also voted 9-3 that she likely would not have been asked to leave without this “contributing factor.”

“We respect the deliberative process and the findings of the jury. San Diego State University takes every personnel matter very seriously as we work to provide an environment that supports the academic and professional development for every member of our community, and one that treats all individuals with dignity and respect. The university is currently reviewing the verdict and is in the process of determining next steps as they relate to this case.”