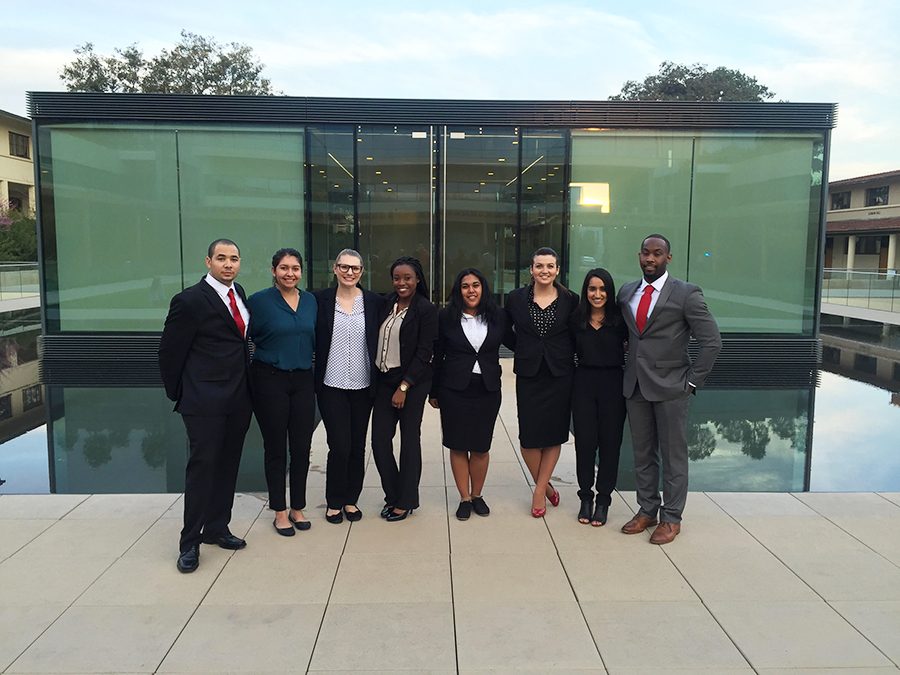 The San Diego State Mock Trial Team gives Aztecs a glimpse into the legal profession while presenting court cases in front of judges.

The Mock Trial Team was founded in 2015 as part of a large national organization, the Mock Trial Association, which provides students with trial simulations through competitions throughout the country.

Founding president of the team, Connor Hume, said he hopes that the organization can help reassure students who are considering a career in law.

Members of the team are coached by professional lawyers who also serve as mentors during competition season.

This year the team has a public defender, district attorney and a civil litigator coaching SDSU students on cross-examinations, public speaking and courtroom etiquette to prepare for competition.

“I think it’s a good experience because it puts you in a real-life situation that you’ll see in law school,” junior English major Anna Martinez said.

Megan Hanson, communication junior, said going to court and competing gives valuable skills that can not be taught.

“With Mock Trial you get practical experience,” Hanson said. “It’s more than just learning about what it takes to be a lawyer or how to be a lawyer, but you are actually doing that and you are putting those skills to use and you are speaking in front of a real judge and you are using actual litigation skills.”

The team will be preparing to participate in two competitions where ten students will be representing SDSU in November at UC San Diego and in February in Los Angeles.

In order to prepare for competition season, the SDSU Mock Trial Team has looked for ways to fund competitions by opening a Strive SDSU crowdfunding campaign as well as requesting donations from donors.

Money raised towards the competition will be used to pay for hotel and travel expenses in addition to competition fees.

Students looking to apply to law school in the future can access various resources by being a member of the team without having to compete in mock trial competitions. The organization provides all of its members with tours of law firms, and networking and internship opportunities

“I think we are trying to build a community on campus where students who want to go to law school can learn about the different options, such as the pre-law society and then come to mock trial and put those skills to use,” Hanson said.

Hume said he wants Mock Trial to be recognized and have law schools know that we have a well established program at SDSU.

The SDSU Mock Trial Team meets at 4 p.m. every Thursday at the Conrad Prebys Aztec Student Union in the Aztlan room.