Measure A would fund needed infrastructure 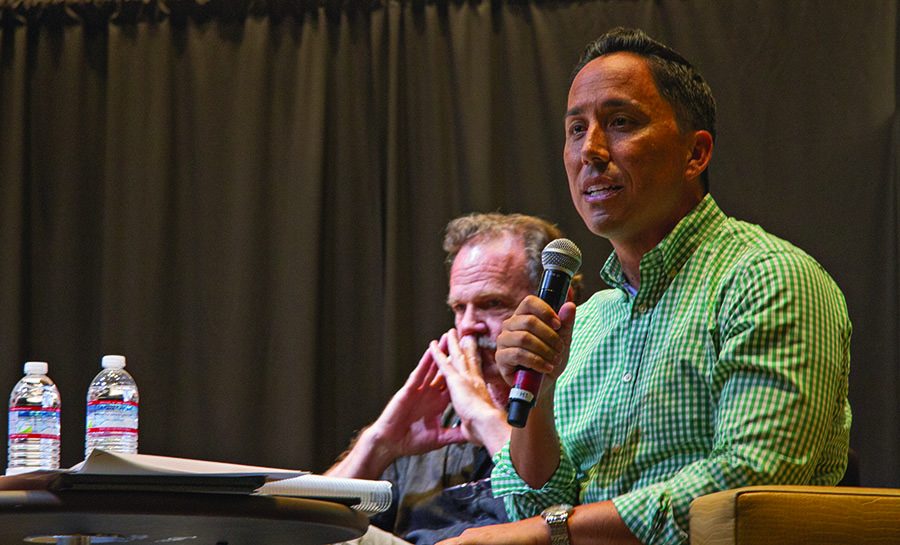 San Diego City Councilman and California State Assembly Candidate Todd Gloria argues in favor of Measure A at a debate at Politifest.

San Diego County voters will be asked to approve a sales tax increase alongside dozens of local and state initiatives on their bloated ballots this November. Measure A would impose a half-cent sales tax throughout the county to fund several transportation projects the San Diego Association of Governments (SANDAG) has included in their regional plan, approved in October 2015. It would fund $204 billion in construction over the next 35 years.

Measure A would fund key infrastructure improvements like light rail, bus lines and freeway expansion. The half-cent tax increase will allow projects to go forward that are vital for the continued population and economic growth of the entire region.

SANDAG’s regional plan, and by extension Measure A, is not without its problems. Critics rightly point out the initiative is contrary to the climate action goals some cities in the county have passed. The addition of freeway lanes increases automobile capacity and, with it, greenhouse gas emissions. More lanes lead to more cars, which results in more carbon dioxide in the atmosphere. At a time when governments are tying to find ways to reduce pollution, SANDAG is promoting a growth plan that could increase it.

One of the stated goals of the regional plan is to alleviate congestion. Measure A would fund projects on some of the county’s worse bottlenecks. Along with the aforementioned south section of I-5, more express lanes are planned for the north leg of the interstate in North County between La Jolla and Oceanside. State Route 56, perpetually deep red on Google Maps during the morning and evening commutes, would add two lanes. Another trouble spot, the state Route 125 and state Route 94 interchange in between Lemon Grove and Spring Valley, would also be rebuilt. State Route 52 would add two lanes from Santee to Mast Boulevard.

Adding lanes to freeways does not always alleviate congestion. On the surface, this might seem counter-intuitive, but an established economic principle called “induced demand” is at work. The model says that the more of a good that is produced (freeway lanes) the more it is consumed (traffic). San Diego cannot address its transportation challenges simply by adding lanes. It cannot build its way out of traffic.

The regional plan is further flawed because of its reliance on Rapid bus routes instead of light rail. Buses require roadways just as cars and trucks do and the county is misguided in their emphasis of asphalt over rails.

Measure A also perpetuates the city’s misguided priorities with its greatest mass transit asset: the trolley.

It would fund a new trolley line, the Purple Line, from San Ysidro to Kearny Mesa. While light rail is the way to grow, this new line only connects the suburb of La Jolla to downtown.

A better plan would be to lay tracks in the city’s urban core: Hillcrest, North Park, City Heights and southeast San Diego. Residents there, and throughout the majority of the county, are still destined to rely on their cars.

The flaws in the county’s regional plan aside, funding for infrastructure in San Diego County should be a top priority for voters. The latest SANDAG projections have the county growing by 1 million people by 2050. Without maintenance, repair and new construction, the entire region’s infrastructure will struggle with the strain of this population growth. Smarter public transportation planning is needed, but so are many of the projects Measure A is meant to fund. 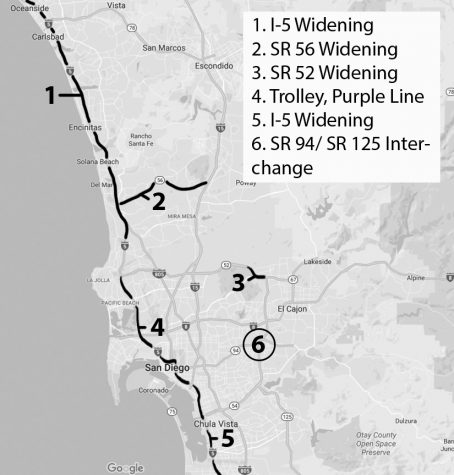 However, we are not there yet. The regional plan should be amended to include more rail and de-emphasize buses and freeway expansions, but that does not preclude the need for the projects that would be funded by Measure A.

The county is constrained by the sins of planners past. Until a transit revolution rises to overthrow the unsustainable 20th century model of speedways and sprawl, further bloat of highways and byways is unavoidable. The region will either expand or choke on its own congestion, inching forward, stuck, as always, in traffic.