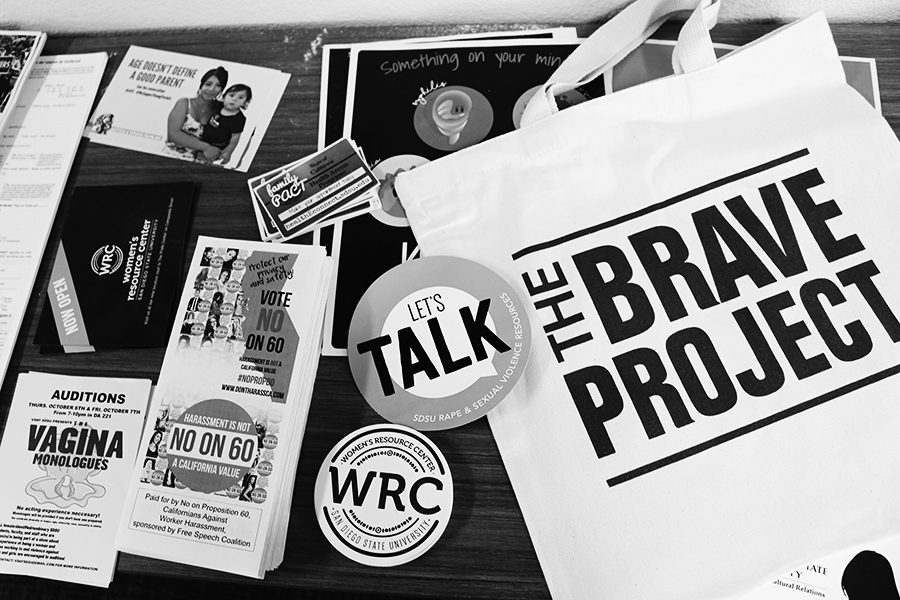 As part of an initiative to address sexual assault on campus, the Women’s Resource Center is hosting a monthly certification training on Title IX policies, criminal investigation of cases, bystander intervention and support for survivors of assault.

The first training was held on Sept. 26 and future dates are set for mid-November, early December and Spring 2017.

“We saw a need for programming that anyone can access on campus,” Women’s Resource Center Coordinator Jessica Nare said. “We do a really good job at hitting some of the high-risk groups and incoming students through orientation.”

“It’s a great resource for student leaders, folks who are in student organizations and faculty and staff to really demonstrate that they are allies,” she said. “It shows they have been trained and have some skills, tools and resources to support survivors on campus.”

Sixteen members of the campus community participated in the September program.

“As a student leader it was very beneficial because I’m able to now take that information back to my organization and be a resource myself,” Teltoe said.

Teltoe said she benefited from hearing about the different processes the Title IX office and campus police department use to handle sexual assault at SDSU.

“This is something that happens on our campus,” Teltoe said. “It’s probably happened to one of your friends or someone in your social circle. Knowing how to respond and react and be supportive are skills that everyone can benefit from.”

She said the presentation given by Lee Mintz, director of the Center for Student Rights and Responsibilities, helped her learn about the interim remedies available for students who report an assault to the university.

“The more you talk about it, the less scary the topic of sexual violence becomes,” Teltoe said. “You realize there are actually resources available and support in our community and it can be combative.”

Information about the project was shared with campus faculty and staff through the Center for Teaching and Learning and Faculty Affairs.

Women’s Studies Department Chair Doreen Mattingly said she will be attending the training in December to fill any gaps in her knowledge on campus sexual violence.

“The more that you have people that understand the issue in all of its complexities at different locations on campus builds awareness in a really different way,” she said. “It creates committed experts all around campus and that’s the way that you get meaningful climate change.”

Mattingly said she is unaware of the way students are presented with information about preventing and addressing sexual assault on campus.

The 2015 Annual Security Report  released this month reported that sexual offenses on campus reached a record number compared to the past three years with 23 reports.

Reports of campus rapes decreased from 12 to nine and the first statutory rape within the past three years occurred in 2015.

SDSU Police Department Detective Carrie Hogan is one of the presenters for The Brave Project.

She said she wants to educate members of the campus community on the legal process and what resources are available.

“We’re there for them,” Hogan said. “We’re not there to make the process difficult. We’re there to be supportive, provide resources and education during the entire process.”

Corporal Mark Peterson said the ultimate goal of the campus police department is to make sure students who experience sexual assault crimes are able to continue at SDSU successfully.

“One thing for our patrol officers is that we recognize it is incredibly courageous of somebody to come forward and discuss what occurred to them,” Cpl. Peterson said. “We try to be understanding of that throughout the entire process.”

Nare said the Women’s Resource Center is still accepting registration applications for the November session of The Brave Project and will offer additional opportunities next semester.

“My biggest question is what happens after people go through the training and how can we create opportunities for people to stay involved,” Nare said. “A lot of the participants had ideas of things that we can do so we’re working on organizing and implementing those ideas.”