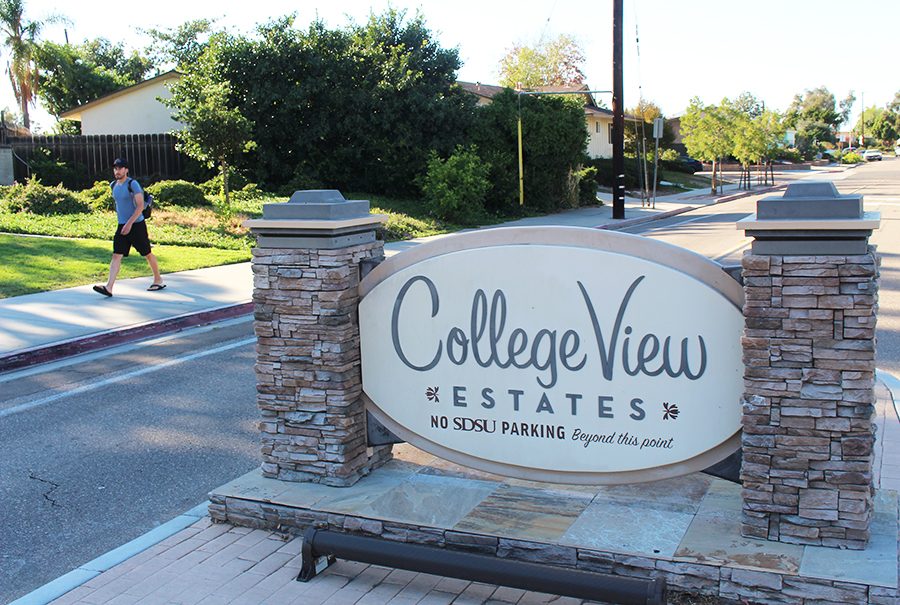 by Caitlynne Leary and Chandler Atkins

These two ordinances will be voted on at the city council meeting on Nov. 14 at the City Administration Building, in downtown San Diego.

Within the college area, houses less than 10,000-square-feet will be limited to five bedrooms and six bedrooms for houses over that square footage. Also, the bedrooms can only account for 60 percent of total floor space.

This ordinance specifically targets the increase of “mini-dorms” around the area which have been seen since 2007.

According to the college area website, a “mini-dorm” refers to houses in the area with added bedrooms that are individually rented to students. The site also refers to these types of houses as “nuisance residential property.”

The SDSU website reports there are over 33,000 enrolled students with more than 85 percent of them living off-campus. NBC San Diego reported that there are approximately 700 “mini-dorms” surrounding SDSU.

Marti Emerald, the San Diego city council president, who is for the Community Character Preservation Ordinance, addressed the “mini-dorm” situation at the city council meeting on Jan. 12, 2016.

“At my office I know the council president’s office and development services are working on what we’re calling an overlay zone to help put an end to future remodels of these ‘mini-dorms,’” Emerald said.

Dylan Colliflower, the Associated Students vice president of external relations, said he urged the commission to withhold their recommendation for approval due to the impact it will have on SDSU students and community members.

“The mission of the CSU and SDSU is to provide an affordable and accessible education,” he said. “However, the cost of living in the college area has increased exponentially in the past three years since I have been here and over the past 10 years with the rise of our school switching from a commuter school to a more residential school.”

Colliflower said the practice of students living in “mini-dorms” is born out of necessity because they cannot afford the high rent for the limited amount of apartments in the SDSU area.

“Basically this ordinance would only go to making housing less affordable for students,” he said.

The commission voted 4 to 1 to recommend the city council approves the ordinance.

The second focus in the proposal is the Increased Code Enforcement Administrative Civil Penalties Ordinance, which would raise the maximum fine per person from $2,500 to $10,000 per violation. For a structure, the maximum allowable charge would increase from $250,000 to $400,000 per day.

“If you don’t want to pay a big, fat fine then be a better neighbor,” Emerald said at the Rules Committee meeting on Sept. 28 when discussing the fine increase.

Previous drafts of the proposal included a minimum fine of $10,000 for properties deemed a “public nuisance” for repeated complaints.

In a statement made via email, Emerald said the ordinances are to preserve community character across the city.

“I would like to make it abundantly clear that I consider students a welcome and valued part of the community,” she said in an email. “I believe the city needs to do a better job of ensuring adequate housing for all San Diego residents, and the California State University system needs to do its part.”

Those who wish to voice their opinion about the proposal can attend the city council in November.