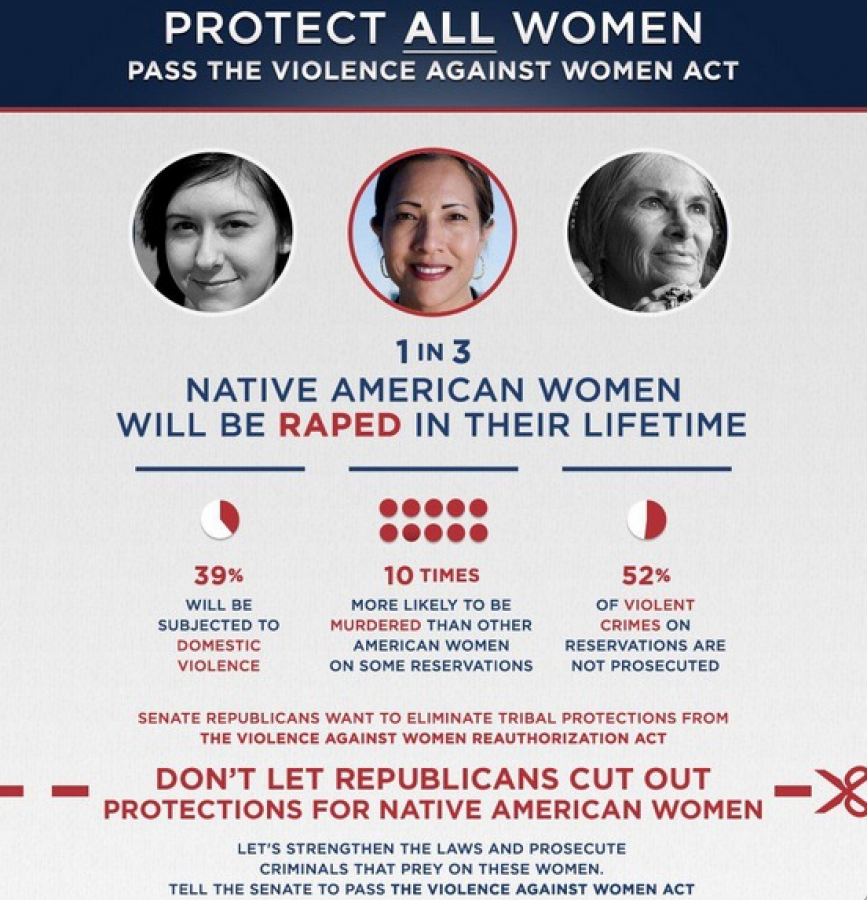 On Oct. 25, Cutcha Risling Baldy, an assistant professor in the American Indian Studies Department at San Diego State, gave a presentation in the Conrad Prebys Aztec Student Union Tehuanco room to spread awareness about the objectification of female natives.

According to the United States Department of Justice, one in three American Indian women experience sexual assault in their lifetime.

Baldy began the presentation by showing a picture of Judge Diane Humetewa, the first Native American woman to hold the position of federal court judge. She asked if anyone knew her, but the audience remained silent.

Sarah Tanori, a feminist peer educator at the SDSU Women’s Resource Center who planned the event, talked about the Native American presence at SDSU.

“I think there needs to be more of a focus on Native American people,” Tanori said. “I don’t think that they are represented enough at SDSU. It’s such a marginalized group.”

Baldy discussed the modern representation of Native American women and said its origins can be traced back to events during the colonization of America by Europeans.

“When you look at the way Indians focused on native women in their cultures and societies, it changes how you understand what happens when they get invaded during colonization,” Baldy said. “They were societies that believed everyone should be equal, but in colonial society women were not allowed in politics, were not allowed to own property and were not even allowed to vote.”

“Columbus said that native women are inherently rapeable, meaning that they must always be raped in their culture and society,” Baldy said. “These are the kinds of stories that he is spreading around [Europe].”

She said by searching ‘Native American women’ on Google images, several pictures that sexualize them appear.

“The native woman we see most often is the costume version,” Baldy said. “We became objects of consumption, always present in a way that says ‘we want you to exploit us.”

Baldy said the modern view of female Native Americans is highly sexualized because of these pictures.

“That’s the whole thing Columbus was talking about,” she said “‘She must want it because of the way she looks at me.”

“I feel that as a campus we are not doing the best we can, especially when our own mascot perpetuates the idea that indigenous people are warrior-like and still wear headdresses,” English sophomore Lane Yazzie said. “The architect of the school being mission style is also really bad. The mission system was basically genocide.”

Baldy explained the effects misrepresentation has on Native Americans.

She reminded her audience that the fight for accurate representation is not over.

“We are federal judges and professors. We need everyone to know that [these images] affect who we are today,” Cutcha said. “We can come together to have a conversation to solve these problems.”