Extra life uses the power of gaming for charity 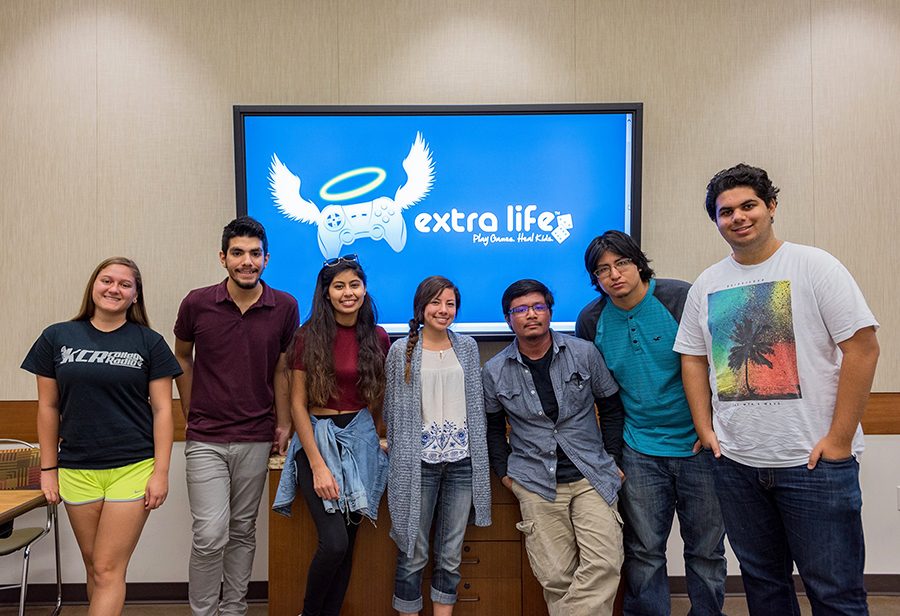 In traditional public opinion, the negative connotations associated with video games have seemed to outweigh the positives.

However, the gaming community is so much more than that. There is far more kindness, passion and strength among gamers than hostility. One of the areas in which these positives shine through is charity gaming.

Last year, fundraising drives on the live-streaming platform, Twitch, raised over $17 million for charity. There are also game-based charities that use the power of video games to help people. One of these organizations is called Extra Life, which is now considered a new club at San Diego State.

The Extra Life Club is new to campus this year. It focuses on spreading awareness, raising money and hosting events for the Extra Life charity organization. This charity uses video games to help sick children in hospitals.

For club treasurer and accounting junior Omar Tapia, learning about Extra Life was an eye-opening experience and he immediately wanted to get involved.

“A light just lit up in me and I knew I wanted to be a part of this club,” Tapia said. “I mainly hope people become aware of the organization and hopefully contribute to it not only in donations, but with time and actively becoming involved with this amazing organization.”

Anyone can register with Extra Life through their website to participate and raise money. The organization encourages streaming gameplay and including a link to your donation page for viewers to follow, however streaming is not required. Extra Life puts on an annual Play Day, when most of its gamers will play for 24 hours in an effort to raise as much money as possible. There is no set timeline for when gamers can raise the money and they are able to do so all year long.

Gamers can pick which local hospital they want their donations to go to. The Extra Life Club will be helping the Rady Children’s Hospital in San Diego. The club wants to bring awareness to the charity and recruit as many gamers as possible in addition to hosting events on and off campus. It also wants to set up play days at Rady, where Extra Life members will go play video games with the children there.

Kinesiology senior Daniel Sanchez is the club’s president and came up with the idea of starting the club over the summer after learning about Extra Life online. He joined the San Diego Extra Life guild and decided to start a club on campus to bring more attention to the charity.

“I was looking for a way to get involved in the community and help out,” Sanchez said. “I met the senior manager at TwitchCon and she was fine with the idea.”

The club is working on building partnerships with the SDSU e-sports club as well as Aztec Dance Marathon. These partnerships will provide the new club with the connections it needs to raise money and awareness for Extra Life.

The club will be encouraging people to register with Extra Life as well as participate in club charity streams. The first club stream is tentatively scheduled for early December. Gaming streams will help raise money for Rady Children’s hospital and also include links to deals Humble Bundle, where people can purchase game bundles at great deals while also donating to charity.

The Extra Life Club will be holding weekly meetings every Friday at 1:30 p.m. in the Tehuanco Room of the Student Union. There will also be raffles at every meeting, where members will be able to win prizes such as games, gift cards and accessories.