AS Update: Presidential Election, Journey to a Shared Humanity 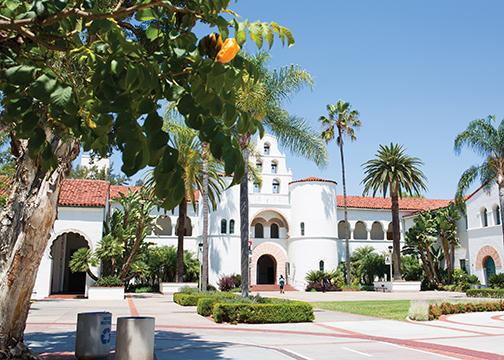 The Associated Student Leaders began their bi-weekly meeting on Nov. 9 by watching Obama’s speech on the 2016 election and participating in a discussion.

Student Diversity Commission Chair Rachel Muntz, who is black and Jewish, said she spent most of her day crying because she felt rejected by the results of the election.

“I feel like Trump winning is an acceptance of what my family has died for,” she said. “I urge us not to accept the normalization of the hatred and bigotry.”

External Relations Board Chair Dylan Colliflower said not to be discouraged by the election.

He said this is the time to hold the government accountable to our interests.

“Democracy depends on us,” Colliflower said.  “It doesn’t seem possible right now, but I know we as a generation can be that difference and change.”

A.S. President Jamie Miller said the last 40 hours had been hard, but everyone needs to respect each other.

“Don’t ostracize each other,” she said. “We have to come together.”

Student at Large Chair Tagg Hurtubise said we cannot forget that California passed many propositions and elected senators that will further the state.

“We are Americans, but we are also Californians,” he said. “We have to remember that Californians are like-minded and we have to not allow bigotry to leach into our wonderful state.”

A.S. Executive Vice President Patty Masengale said if millennials keep pushing the way they have been recently, there will be a lot of change in the future.

“It is okay to be upset,” she said. “but love people who don’t have your same view as humans and I know that they are good people.”

A.S. Executive Director Christina Brown said she felt like she dreamt the election.

“It’s tough for all of us,” she said. “My daughter started asking me questions I could not answer.”

She said she is proud to live in California and of the Associated Student leaders.

“Sitting here with you all gives me hope that we live in a state that has a foundation of a much higher level of thinking,” she said. “I think California is the future.”

“It is all about what we are going to do next, we have to continue moving forward,” he said.

Student Support Commission Chair Representative McKinley Kane said “Your Voice Matters” comment boxes are now in A.S. facilities, the Aquaplex, the Aztec Recreation Center and the Children’s Center. She said they are working on putting more comment boxes on campus.

Colliflower also said the CSU system board of trustees will vote on a $270 tuition increase in March.

Muntz said “Journey to a Shared Humanity” will be held on Nov. 14-16 in Montezuma Hall from 9 a.m. to 6 p.m. She said the first CSU Students of Color Conference would be Jan. 21. Muntz said Spring Into Diversity would be Feb.14-23.

Aztec Student Union Board Chair Ellen Rydel said there will be a “Giving Thanks Dinner” Nov. 17 at 6 p.m. in the Lee & Frank Goldberg Courtyard.

Campus Community Commission Chair Curtis Copin said there will be a campus cleanup on Nov. 20.

Recreation and Wellness Chair Chris Thomas said there would be a nutrition seminar Nov. 30 at 5 p.m. in the Visionary Suite in the Conrad Prebys Aztec Student Union.