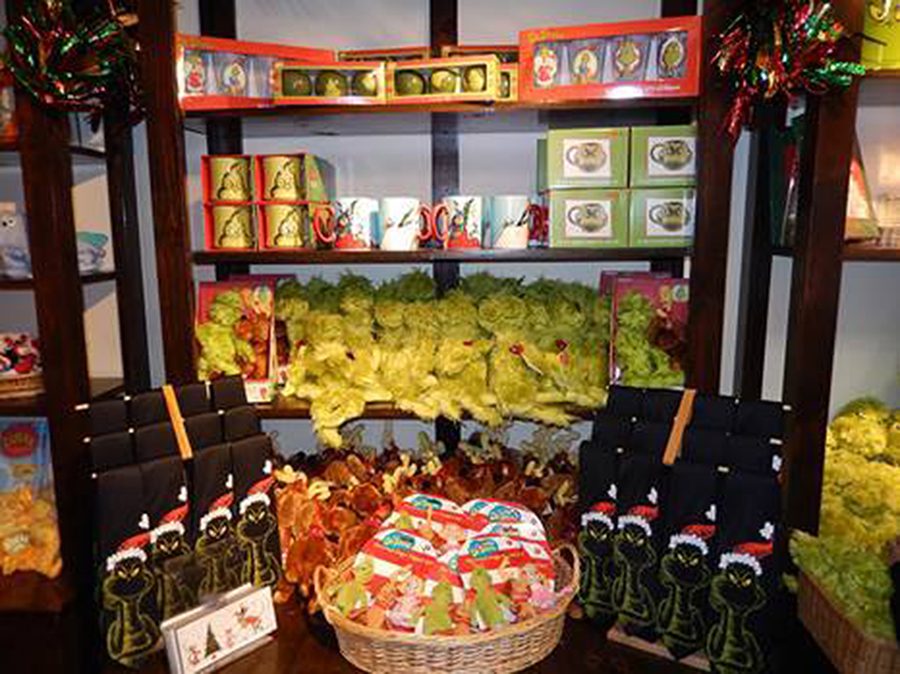 Courtesy of the Old Globe

“Dr. Seuss’ How the Grinch Stole Christmas!” returns to The Old Globe Theatre for its 19-year anniversary this holiday season.

Shows have been running since Nov. 5 and the last show is on Dec. 26. This whimsical musical is based on the classic Dr. Seuss book and features a wide variety of talent.

The show is directed by James Vásquez with book and lyrics by Timothy Mason and music by Mel Marvin. J. Bernard Calloway, who made his Globe debut as the Grinch last year, returns to the role this season.

Some San Diego State alumni are featured in the show as well.

Kyrsten Hafso-Koppman earned her master’s in musical theatre from SDSU in 2010 and participated in a few of the school’s shows, including “Into the Woods” and “The Musical of Musicals: The Musical.”

This year, she is playing the part of Trixie Who for the fourth year at the Globe.

“I am from a family of musicians, so I grew up around a lot of music,” she said. “I ended up auditioning for ‘Annie’ when I was in sixth grade. I didn’t want to go, but all my friends were and I was really shy. I ended up getting the part of Annie. I cried with my mom because I was so scared to sing in front of people, but she told me to just give it a try and I’ve been doing it since then.”

The Globe put on a special show on Dec. 10 at 10:30 a.m. for children with autism and their families, as well as other families with special needs.

Slight adjustments such as fewer loud noises and flashing lights will be made to the show.

There will also be an online social story available to view and print at home that will outline the experience of a visit to the theatre with words and pictures to assist these families.

“I think the Grinch is special because it’s a story about inclusion and community about somebody who is alone and different, but who is accepted,” Hafso-Koppmann said. “One of my favorite things is we do a bunch of performances for elementary school kids and people who in most circumstances have never been to the theatre and maybe never would have. So having them come experience the magic of the show is wonderful.”

The Grinch performances are just a small part of The Old Globe’s 2016-17 season.

Erna Finci Viterbi Artistic Director Barry Edelstein said he is excited about the wide variety of shows the theatre is featuring this season.

“There’s a huge range of material here: musicals and dramas, the comic and the serious, revivals and world premieres, ensemble-created work and a solo show, celebrations of theatre history and plays that relate directly to today’s world,” he said. “This season embodies the best of what the Old Globe can be, and one that will give audiences the widest sense of theatre art at its best.”

Tickets for the Grinch performances start at $37 for adults and $24 for children ages 17 years and under.

Additional performance dates, times and information can be found on the theatres website.