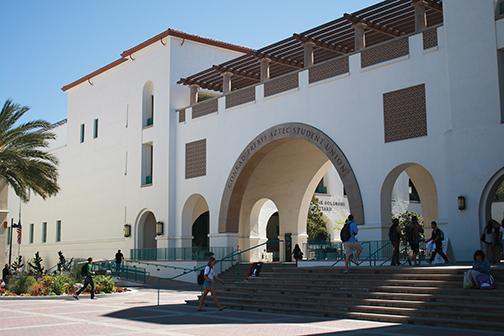 The Reclaim California Higher Education Coalition announced a new policy report on Tuesday that mapped out a path to tuition-free higher education in California.

The report, called “The $48 Fix: Reclaiming California’s Master Plan for Higher Education,” outlines how to eliminate all tuition and fees for California public higher education students.

“We can afford all qualified California students tuition-free, top-quality higher education — if the political will exists to do it,” it says.

The coalition includes stakeholders from the three Higher Education systems.

The mission is to reclaim California’s Master Plan for Higher Education, a plan from 1960 which outlined free public higher education for all Californians.

“We need to go back to the Master Plan and figure out how we all can support public higher education for the future of this state,” she said.

President of the Council of University of California Faculty Associations Dr. Stanton A. Glantz  said a return to the California Master Plan would include eliminating all tuition and fees.

It also includes returning state funding to what is where it was per student in 2000 and restore seats for students who have been pushed out of the system.

Since 2000, California has cut public investment in the state’s highest-aiming students by 39 percent, according to the paper.

“What’s happened since 2000 is a switch from paying for higher education for public good by taxpayers, to treating it as a service which is purchased by students and families,” Glantz said.

According to the coalition’s report, the total cost to restore the full master plan and restore state support to California higher education to the 2000-01 level per full-time equivalent student and eliminate tuition and mandatory fees for in-state students would be $9.43 billion.

It reads, the income tax would cost half of California’s families 48 dollars a year or less.

The paper also includes other financing options to be combined with an income tax, to reduce the income tax surcharge.

On Jan. 10, Governor Jerry Brown announced his budget proposal for 2017-2018, which included an ongoing increase for the California State University’s overall operating budget of around two percent, or $157.2 million.

“Yet other key priorities – including student achievement, enrollment, infrastructure and open employee contracts – are not covered,” she said.

CSU trustees voted in November to ask Sacramento for a $343.7 million funding increase.

Until May when the governor will release the revised budget, the CSU will make a strong advocacy case with the legislature for that additional funding, Chapin said.

“The university is committed to improving student achievement with a focus on Graduation Initiative 2025, which will eliminate the achievement gap.” he said.

He said the additional funding proposed will help address some of the California State University’s priorities.

“While student completion has reached all-time highs and continues to increase, we will review all options to ensure that we are able to maintain that momentum,” White said.