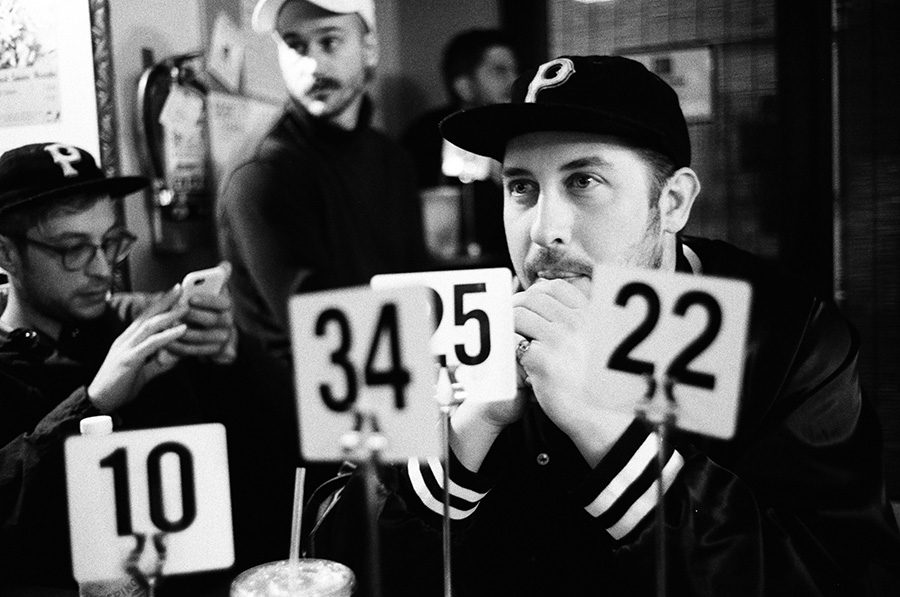 At long last, Portugal. The Man has shattered its near three-year silence recently with the funk-infused swinger, “Feel It Still.”

The band will be making a stop at the Observatory North Park on Thursday, March 16, to share its new tunes.

Since its acclaimed 2013 effort, “Evil Friends,” the Portland-based indie rock mavericks have been tirelessly scrawling down lyrics and churning out new material.

After completely scrapping “Gloomin + Doomin,” a project that held promise with its individual track list but felt disjointed as an album in whole, the group fled back to the studio to reevaluate its blueprints and start over once more.

“We just felt like we overthought everything way too much,” said Zachary Carothers, the band’s co-founder and bassist. “You really lose perspective when you’re sitting on a song too long. It (ended) up like a painting (where we just) added every color we could possibly think of, and then, even though other people (might have) loved it, we just (saw) it as this gray blob.”

This reassessment led to the birth of its newest work, a social-issue fueled call to arms, appropriately titled “Woodstock.”

The record is a fierce musical crusade, beckoning all listeners to mobilize their empathy, rally all positive vibes and stride forth into the future, immune from the Donald Trump-induced diseases of animosity and intolerance that our nation is currently suffering from.

The music video for “Feel It Still” gleams a playful light upon this message quite clearly, encouraging viewers to click on hidden Easter eggs throughout the interactive video that unveil the necessary “tools for resistance.”

These weapons against apathy range from web links popping up for Planned Parenthood donations, to a direct line to the White House and even a stencil template for graffiti activism.

Carothers said he thinks the best tool of resistance people can use is themselves and to be informed as much as possible.

“Use your mind, do whatever it is you do,” he said. “The best tool you can use is your own mind, your mouth and eyes. Get out there and use your senses. Just go out there and do something to make the world a better place.”

Despite this, fans shouldn’t expect the upcoming record to veer solely down this funk-flavored lane.

“The album goes a lot of different places,” he said. “It’s all very different from each other, but still works together as a complete whole. I feel like we diversified on this album and I’m excited to see what people take from it.”

“Woodstock” seems to be only one of the many endeavors the band has been busily sculpting during its three-year hibernation.

Aside from collaborating on an unreleased track with Mac Miller and pushing out more than 50 songs with Mike D, the band kicked off its four-month North American headline tour in Boise, Idaho, March 9.

“Honestly, it seems crazy but it’s like a break to me,” Carothers said about life on tour. “Our lives at home are so ridiculous that it’s very stressful trying to be a good friend, or you know, good boyfriend, when you’re working very hard in this band. Once we’re out on tour, even though we’re doing so much more, I know what I’m getting into.”

Boasting seven LP’s in its musical arsenal already, fans can only hope that Portugal. The Man’s end is nowhere near in sight.

“Woodstock” is set to surface on shelves sometime in 2017.