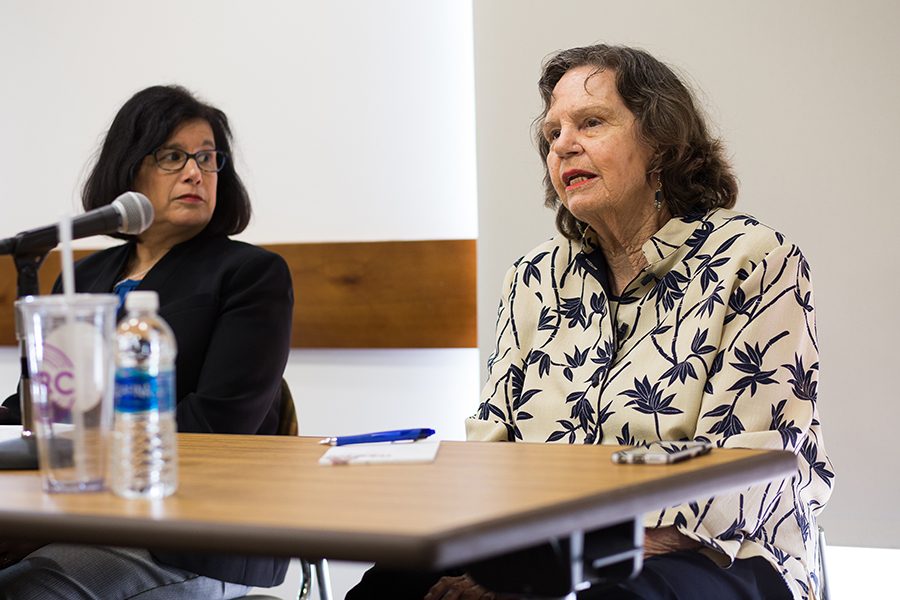 With recent changes in immigration and refugee legislation in the U.S., San Diego State students and community members attended a panel discussion about this topic on March 20.

All of the speakers featured on the panel work with organizations that aid immigrants and refugees in San Diego.

“We wanted to provide a platform for people who are working in immigrant and refugee organizations to talk about this topic and share what they know and their experience,” Meno said.

During the forum, speakers addressed the differences between immigrants, refugees and asylum seekers. They also discussed the process and problems that are faced by women and their families who are trying to move to the U.S.

One of the speakers was Elizabeth Lou, the founder of Nile Sisters Development Initiative and a refugee from Africa who resettled in San Diego.

Lou said that the resettlement of refugees can be very difficult because resettlement agencies in the U.S. treat people differently based on education and background.

The speakers also spoke about the struggle that refugees is more than just in their native countries and in the U.S. but also in the refugee camps.

May Hasan is a refugee that fled from Iraq with her family and was able to resettle in San Diego in 2013 after a six year waiting period.

Now, Hasan is a case manager at San Diego Youth Services.During the panel, she spoke about the stress and trauma that refugees go through during the journey of receiving refugee status in a foreign country, as well as while resettling into a new community.

One difference between refugees and asylum seekers is that refugees have access to government aid upon admittance into the U.S. while asylum cases do not have the same access, Hasan said.

President of the Episcopal Refugee Network Elaine McLevie discussed the difficulties refugees face while getting accustomed to life in the U.S.

“They don’t know how to use American stuff, and trauma makes it very difficult to get things through the processes and court cases,” McLevie said.

Organizations in San Diego such as the Episcopal Refugee Network hire volunteers to help refugees by providing transportation to medical visits, interviews, filling out paperwork and translating or interpreting in many different languages.

Elizabeth Lopez is an attorney at the Southern California Immigration Project that spoke about the cultural differences that doctors in the U.S. face when dealing with women from Africa.

Lopez said that some cultures practice female genital cutting, and when they visit doctors in the U.S., doctors not know how to medically treat women in a healthy way.

“Doctors may be shocked or shame them because they don’t know,” Lopez said.

After the panel the audience asked speakers about how to get involved and help the community in San Diego.

“We were thrilled to be able to put together a panel of folks who could discuss the challenges that refugees face and how San Diegans can get involved to support displaced folks who are resettled in our community,” Nare said.