Event aims to move students from ‘surviving to thriving’ 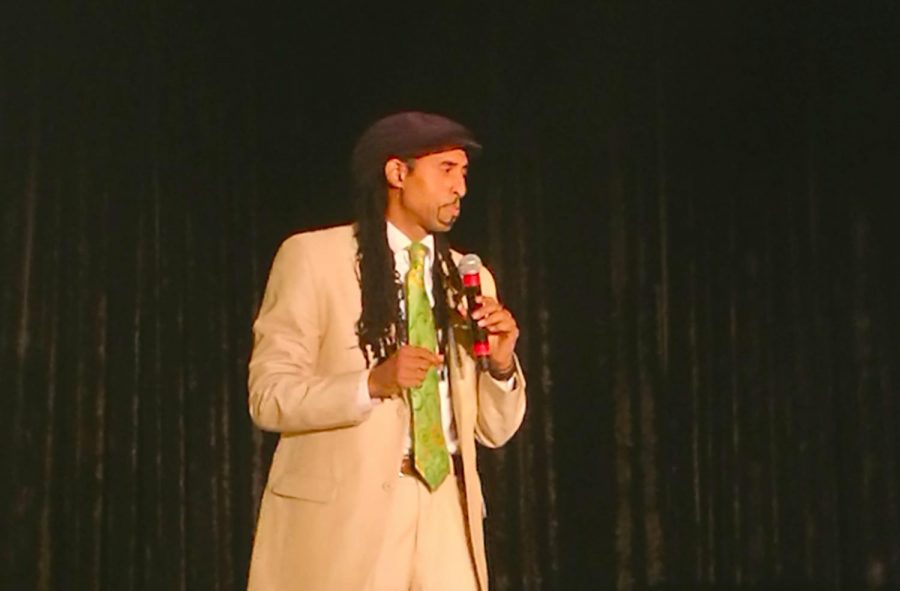 Ali spoke to SDSU students and faculty on April 19 from 4 to 6 p.m. in Montezuma Hall of Conrad Prebys Aztec Student Union about revitalizing vulnerable communities.

The motto and repeated phrase of the event was “moving from surviving to thriving.”

Ali is a renowned national speaker, trainer and facilitator focused on improving communities that are suffering environmental injustices.

For 24 years, Ali worked for the U.S. Environmental Protection Agency, where he eventually became the Assistant Associate Administrator for Environmental Justice.

Ali is also an active member of the Hip Hop Caucus, an organization that connects the Hip Hop community to the civil process to bring change and economic empowerment.

Because race is ultimately a factor in which people are more prone to environmental injustices, the hip hop Caucus uses music to bring these people together and bring awareness about human and civil rights, according to Ali.

One of the issues Ali discussed, for example, was the water crisis in Flint, Michigan.

Flint, a majority-black city where over 40 percent of people live in poverty, switched its water supply source over to the Flint River in 2014, according to the National Public Radio official website.

Old damaged pipes carried lead-poisoned water to the city and all its residents. The U.S. EPA classified the city as in a state of emergency, as running water in Flint is contaminated by lead and undrinkable and unusable.

“Access to clean water is a human right because it is something that you need to live,” Ali said.

The lead in the water has already begun to take a toll, most predominantly in young children whose brains are still developing. Children exposed to lead have lower IQs and grades, and therefore those children are more prone to dropping out of school and not going to college, Ali said.

This means that they are more prone to being economically unstable as adults.

Green Love Representative Alessandra Casey was one of the Green Love members to speak on behalf of the organization before Ali spoke.

As a representative and a sustainability major, she said she attends Campus Life Council meetings and Green Fest meetings in order to help plan events for the yearlong initiative of sustainability, diversity and SDSU pride.

“Following the advice from (Ali), in order to create change in a community you must create genuine relationships and understanding that there will already be expertise, and you should listen in marginalized communities,” Casey said. “If you genuinely care about something, you should show it through genuine action.”

Ali said other environmental injustices are destroying access to fresh air for marginalized communities in our own backyards.

At one point Ali asked the audience, “By a show of hands, how many people in the last 60 seconds have taken a breath of fresh air?”

Of course, everyone in the audience raised their hands.

There are seven million U.S. children who have asthma and a huge amount of money goes to health bills for them, said Ali.

This effects low-income families most prevalently because they are usually the families that cannot afford medical care.

Social work junior Jessica Michel is taking a sustainability class this semester and  said she is also much more interested in sustainability since taking the class.

“It’s really important to work from the bottom up, not the top down,” social work junior Jessica Michel said. “To have sustainable growth, you really have to speak to the community and actually ask them, ‘What do you need?’ and what they think could be better.”

At the end of the event, Ali had audience members stand by one another and hold hands in the air together, a symbolic gesture of the fact that change only happens when people stand united.

“We want to label ourselves as Democrats or Republicans or say I grew up on the West or I grew up on the East. I think it’s important to really question, ‘Is this what I actually believe in?’ and not being quick to make judgements about communities that you don’t know or situations that you’ve never been in,” Michel said.