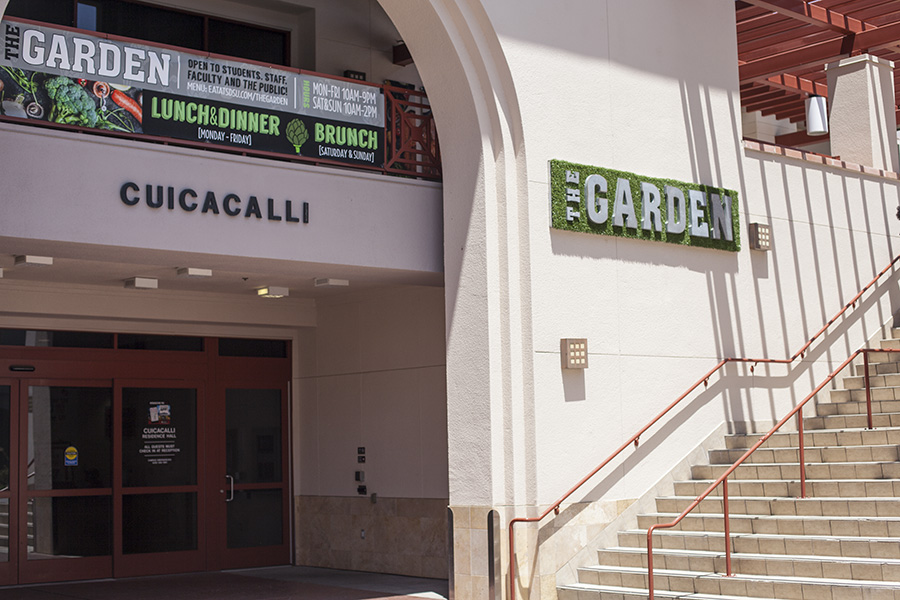 As the academic year comes to a close, a number of changes are coming to on-campus dining options.

San Diego State Dining Services Director Paul Melchior gave an update on what these changes will be and when they are going to happen.

After a semester of delays, Dickey’s Barbecue Pit has cleared the final hurdles for construction to begin, Melchior said.

The Texas-based restaurant chain will replace Daphne’s in East Commons, which closed its doors at the end of the 2016 spring semester.

In September, Melchior said the timing of the eatery’s opening was unclear, as it had yet to clear inspections regarding safety and fire hazards.

“(Dickey’s) had the hardest time getting through the approval of the fire marshal,” he said. “All of that is done.”

If all goes according to plan, Dickey’s will be open this summer in East Commons alongside Rubio’s, Panda Express and Subway, Melchior said.

Dickey’s will not be the only new dining option coming to SDSU in time for the fall semester.

The restaurants planned for the site will open sometime in late summer before classes begin, he said. These restaurants include Eureka!, Which Wich, Wings-N-Things, Broken Yolk and Poki One N Half.

Melchior named The Garden — formerly the Cuicacalli Dining Hall — as one of this year’s biggest successes.

“It turned around in a major way,” he said.

The Garden’s initiative is to get students to eat healthy, fresh food. Much of this food is grown on campus in the College Area Community Garden.

Melchior said this will be expanded on in the coming years. In addition to the plots in the community garden, the university has given Dining Services an additional area on which Melchior said there are plans to build 10 raised beds for growing more produce.

“Each tower (will have) 44 spots for a head of lettuce or leafy greens to grow,” Melchior said. “Each would grow in three weeks to use everywhere on campus.”
Melchior said this year’s biggest highlight is the Culinary Theater in East Commons.

“Culinary Theater is also a very big success,” he said. “We average about 250 customers Monday through Wednesday, and on Thursday there are over 300 customers.”

Melchior said he thinks a big selling point for the Culinary Theater on Thursdays is its cheaper price compared to the Thursday farmer’s market.

“We usually sell out before 2 o’clock,” said Melchior. “The beauty of it selling out is that there’s never any waste, its really good for sustainability.”

Some students said dining services can make changes in other areas.
Linguistics graduate student Edgar Mendez said he believes SDSU Dining Services can make a couple of alterations regarding choices and prices.

“SDSU should definitely have more variety at the school,” said Mendez. “The serving sizes are good but the prices should also be cheaper. Two slices of pizza for seven dollars is ridiculous.

Business junior Brett Pozza said while the university has a good selection of food, the meal plan could use some work.