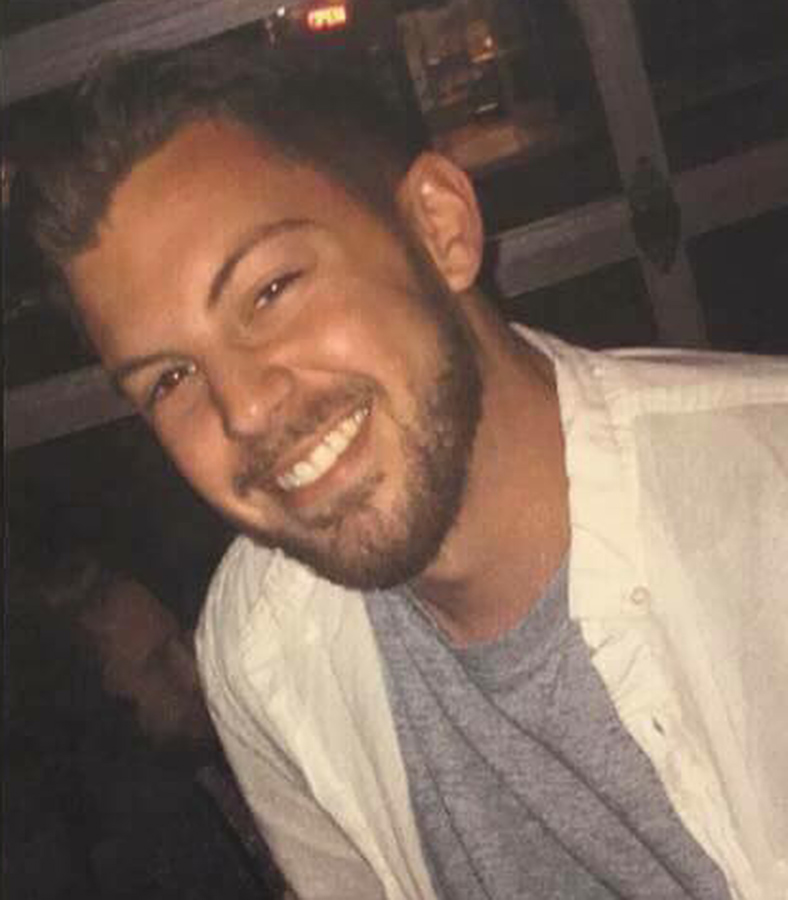 Garrett Chipman was a senior studying journalism at SDSU. He lost his battle with brain cancer Aug. 6.

A motto Garrett Chipman followed everyday, even enough to get it tattooed on his arm.

A lover of music, he admired Bruce Springsteen, David Bowie, Rihanna and Coldplay. He was adventurous, frequently going on hikes, paragliding and even skydiving.

He loved to make people laugh.

He filled his and others’ lives with happiness and positivity. He strived to put a smile on everyone’s face, saw the best in people and never gave up when things got tough.

San Diego State journalism senior Chipman, 21, grew up in Antioch, California, and died of brain cancer on Aug. 6. He was set to graduate in May 2018.

Chipman was experiencing migraines and vision loss and went to an optometrist in fall 2016, where they discovered he had a buildup of fluid behind his eyes.

According to his GoFundMe page, after undergoing an MRI, doctors discovered the fluid behind his eyes was a mass blocking his spinal fluid from draining regularly.

Shortly after his diagnosis, he had to pursue treatment and fight the illness in Northern California.

In the summer of 2017, Chipman moved his treatment to City of Hope in Los Angeles. At this hospital the doctors discovered the cancer had spread to his spine.

The radiation from his treatments left him paralyzed from the waist down in his last month.

“As hard and terrifying as it is, I’m choosing to find the positive in the situation and fight it,” Chipman wrote on his Instagram page on Nov. 26, 2016.

“I cannot possibly begin to imagine the thoughts that go through one’s head when presented with the news and the emotions Garrett felt during all this time,” Zaiser said. “But his strength and perseverance through everything has spoken miles and miles upon his character and who he was.”

Psychology senior Ashley Light said Chipman reminded her how in the midst of all the crazy changes in life, it is important to always remain positive.

“He made sure to make the most out of everyday and to keep smiling no matter what,” Light said. “It was a major reminder to me to look at life in a different way and try to find the best in every situation.”

Journalism senior Haley King said his happiness is something that made him distinct.

“He was such a bright light in my life, he kept me calm, he made me happy even on what seemed like the worst days and he felt like family,” King said. “He could make anyone laugh with his amazing storytelling. I was infatuated with his ability to make a story seem funnier than it really was.”

His friends described him as positive, humble, loving, optimistic, considerate and funny person full of dreams.

Renee Ramirez, a journalism senior who lived on the same floor as Chipman in the residence halls, said his positivity, optimism and strength impacted her.

“He didn’t take life too seriously,” Ramirez said. “He always knew the important things in life.”

She said one of her favorite memories with Chipman was during her sophomore year of college in their surfing class.

“I just remember us both being terrible, we basically went through a whole semester of surf class only standing up five times combined,” Ramirez said. “But it’s a really special experience to have with Garrett, because when people say he is a positive person I truly felt like I experienced it one-on-one with him here. He never let me give up on trying the next wave, no matter how bad I fell.”

She said watching him persevere motivated her to keep trying.

King said he was her “rock” in college.

“We took every class we could together, changed our majors together, lived together and did everything in between with each other,” King said. “I spent almost everyday with him for over two years.”

She said knowing Chipman has been one of the biggest blessings in her life.

She said he left an imprint on her heart and will always be someone she cherishes dearly.

“I cannot express the pain of missing someone that you envisioned living the rest of your life with,” King said. “ I am at peace knowing that he will always be with me, and I am more determined than ever to live life to the fullest for the both of us.”

She said throughout the several milestones, triumphs and battles in her life, he will always be with her.

During his treatment Zaiser said Garrett said one thing that stuck with everyone:

“I don’t need a fancy job, or fame or money, I just want to make a positive impact on the world before I go.”

Zaiser said he thinks he achieved his wishes.

Zaiser said Phi Gamma Delta fraternity and the community have made a significant donation to City of Hope in Garrett’s honor.

“He made that positive impact he longed for before he passed, not only in myself, but the countless people that were either graced with his friendship or strangers moved by his inspiring fight.”