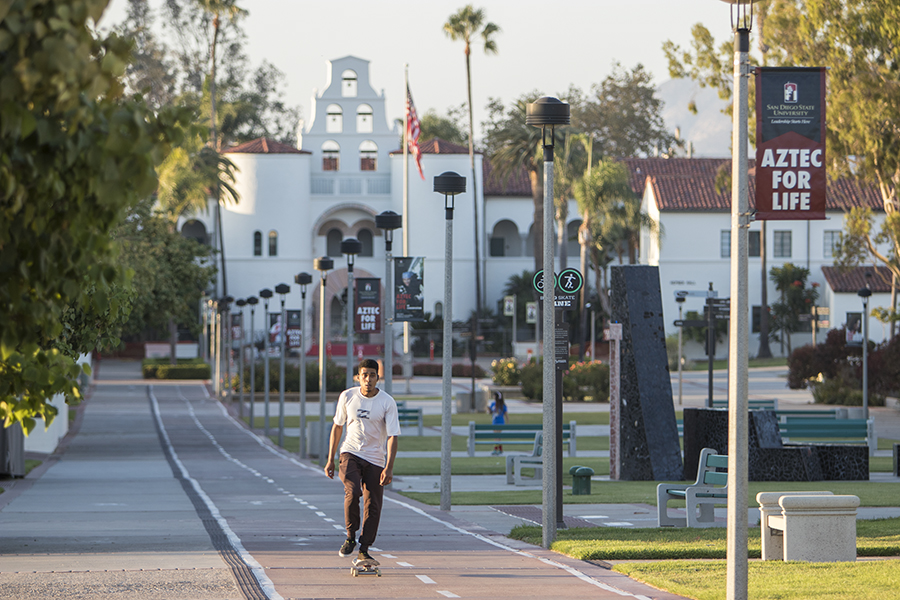 Professors from different departments across campus won a combined $134.3 million in research grants last year, up from $130 million in 2015-16. The money received is used for funding student and faculty research projects and university needs. This increase in grant money is a step in the direction of SDSU’s goal of becoming a top-50 public research university, according to a statement from the university.

Some of the grants received include epidemiologist Melbourne Hovell’s investigation of the sources of in-home air pollution. According to White, Hovell received SDSU’s Outstanding Faculty Award in 2014 and is one of the leading scientists in pollution research.

“Not only is the personal drive of our faculty demonstrated by these efforts, but their success also reflects the respect of their peers, who serve on the review panels recommending their proposals for awards” said Stephen Welter, SDSU’s vice president for research and dean of Graduate Affairs.

Faculty and staff are eligible for recognition through their departments and at the university wide awards known as the Faculty Monty awards.