SDSU football does not need to be patronized 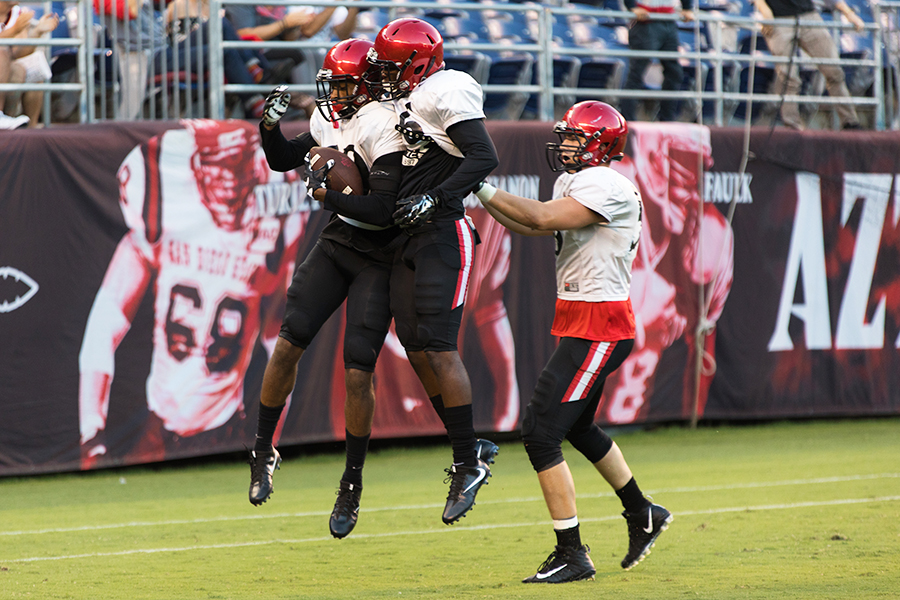 If San Diego State football existed before the Chargers left San Diego for more opulent waters, it is not being advertised.

A Division I team for 49 years, home of Marshall Faulk and Don Coryell, with 16 conference championships since 1936 and seven consecutive bowl games under current head coach Rocky Long, SDSU football has a long and glorious history.

The Aztec’s first home was Balboa Stadium (1921-1935), back when they were known as the “Staters” and the college was located on Park Boulevard in University Heights. Seating capacity was only 15,000 and only later expanded to 34,000 when the Chargers expressed a need for a home stadium in 1961.

By then, SDSU had moved to its current location and built its own on-campus stadium (Aztec Bowl, 1935-1966), a 7,500-seat facility and the only state college stadium in California at the time. It later became Cox Arena — now Viejas Arena — home of SDSU’s men’s and women’s basketball. A piece of the original Aztec Bowl is still visible on the north side of the arena and was briefly listed on the National Register of Historic Places.

But since 1967, the Aztecs have called Qualcomm Stadium home. From its inception, The Q, originally San Diego Stadium and then Jack Murphy Stadium, Qualcomm was planned to be a home for the Aztecs.

Other sports franchises have come and gone, but every fall the Red and Black have flocked to the familiar stands and gazed out over a well-worn field to watch the Aztecs defend San Diego’s favorite university.

The Aztec mantel is generational. Parents and grandparents, watching their sons play beneath the bright lights of breezy San Diego Saturday nights, were themselves once students at SDSU.

The city’s true team has always been right here, playing second-fiddle to the big leaguers in the NFL, fighting for recognition, respect, and reputation – and doing a much better job.

With the Chargers’ graceless departure, the future of Qualcomm is in the throes of uncertainty and political upheaval, and there has been a resurgence of affection for Aztec football. The billboards are hard to miss.

Like the less-attractive friend left behind at the bar, last call has come and suddenly the Aztecs are getting a lot of attention.

And while it may be hard to turn down the fuss suddenly being made over a team too-long underappreciated, true Aztec fans have the right to turn up their nose at the excitement. It is not that it is not deserved, but it is blowing in on a fickle wind.

Will the money behind the hype still be there if Qualcomm ends up in the hands of FS Investors? Will the fans that have appeared in the wake of the Chargers breakup still be around when the storm has calmed?

But SDSU will still be playing its magnificent game and Aztec fans will come out to watch.

They have been here all along.