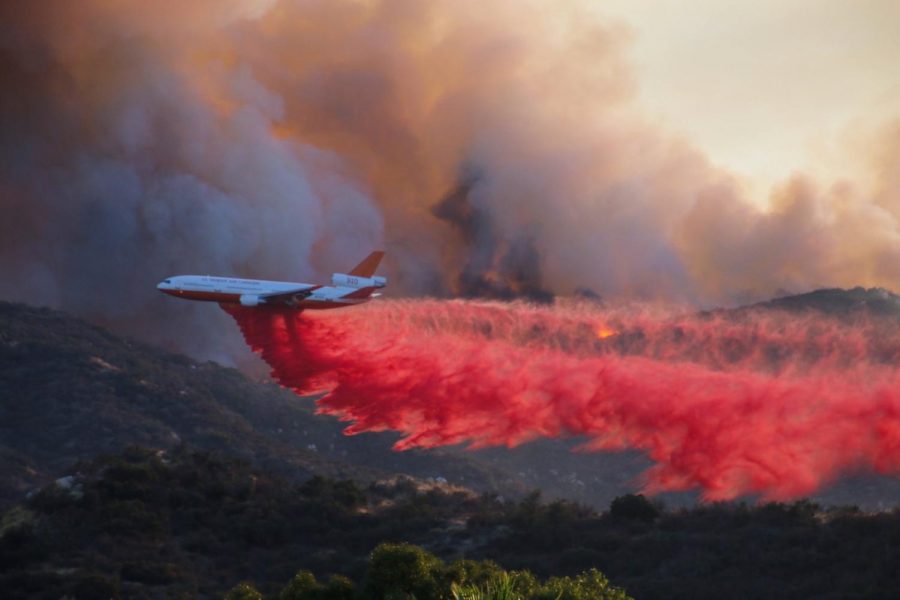 In the midst of the California fire season and on the 10th anniversary of the 2007 wildfires, San Diego State officials say they are prepared to evacuate buildings, but don’t have procedures for a university-wide evacuation.

The Witch Fire began on Oct. 21, 2007, and lasted several days, burning a large swath of San Diego County from Ramona to Rancho Bernardo and triggering evacuations as far west as Del Mar.

The Rice Fire began on Oct. 22, 2007, near Fallbrook and tore through rural North County.

More recently, deadly fires have hit parts of Northern California wine country, killing dozens and destroying thousands of homes. And a fire that began Thursday in Wildomar, 60 miles north of San Diego, spread to 700 acres in less than a day.

SDSU Director of Emergency Services Lamine Secka said in an email that the university conducts emergency drills on campus and in residence halls, and trains with the San Diego Fire Department to address a variety of potential emergency situations.

“If there is a significant weather event that may impact the campus for an extended period of time, SDSU administrators may send out notifications to campus with precautionary information,” Secka said.

He said that the campus is in a low-risk fire area because it’s not in a direct urban-wildland interface.

“I think we need to be as ready as anywhere else in San Diego,” Costello said. “We’re in an interior location, we’re along a funneling vent (for winds) in Mission Valley, and we have extremely dry vegetation.”

She also said the bigger concern might be that SDSU has a large population of people located in a small area, making it hard to evacuate. Other students agreed with this concern.

“When you’re in a state of danger, everyone is for themselves, no one is going to care to follow (an escape plan),” business junior Khalid Ali said.

Secka said that it would be complicated to evacuate the entire campus.

“Considering we have upwards of 40,000 people on campus each day, that would have to be a combined effort by multiple campus entities and would be decided upon based on the actual event,” he said.

He also said that in addition to conducting drills, the university ensures any new buildings are properly equipped with smoke detectors, fire alarms and sprinkler systems, as required by fire code.

Ali said that for the most part he feels safe on campus, doubting that a wildfire could reach the university.

“I think we’re fine,” he said. “I don’t want to be (worried) about things that won’t happen for sure.”