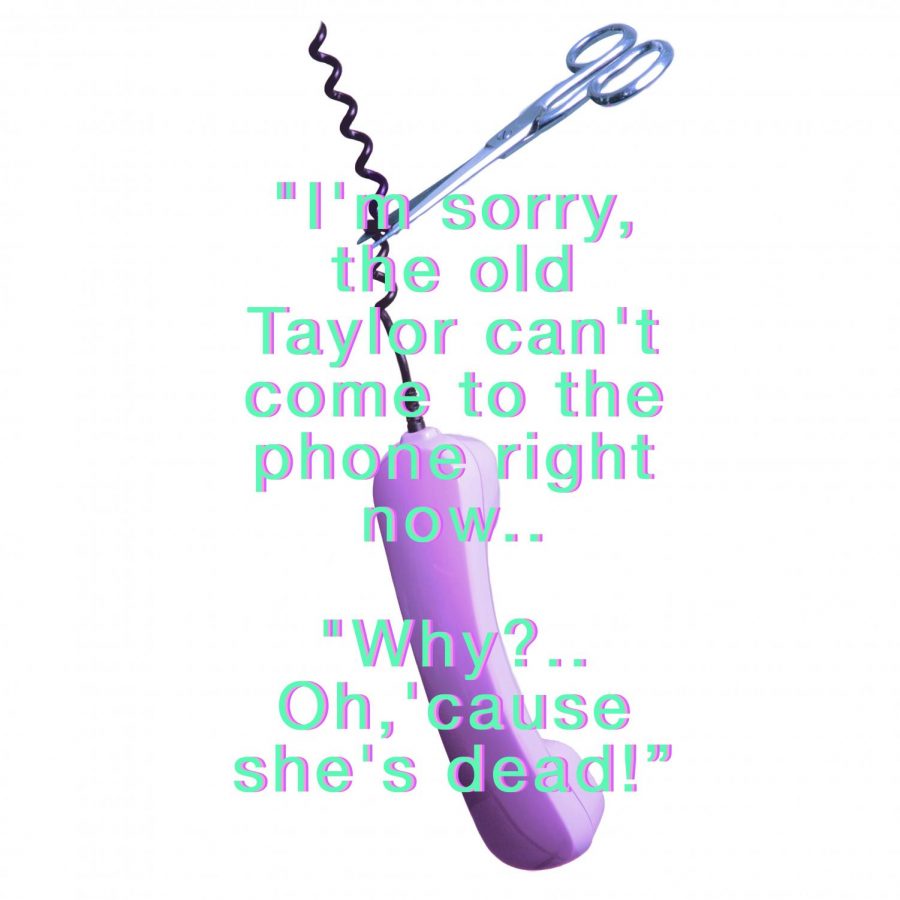 “This ain’t for the best / My reputation’s never been worse so / You must like me for me,” Taylor Swift sings on “Delicate,” from her latest record, “Reputation.”

It’s a realization as much as it is a demand—after a decade-long career of publicly documented heartbreaks and feuds it’s easy to see why the 27-year-old would be relieved at the idea of someone being interested in her for who she really is, while also wanting more.

It’s in these conflicting dynamics that “Reputation” thrives. The America’s sweetheart-turned-controversial pop star takes on the challenge to come face-to-face with the villainous parody of herself she created, trying to reclaim it, a la “Blank Space,” but still afraid that it might the real her.

“They’re burning all the witches even if you’re not one,” she deadpans on “I Did Something Bad,” still providing herself with the possibility of innocence. “So light me up.”

It’s a loud, brash, outrageous record—Swift’s confrontation with herself is not nearly as simple as, say, Sky Ferreira’s “I Blame Myself,” in which she proclaims, “I just want you to realize / I blame myself for my reputation.”

For almost every admission of guilt on “Reputation” is the mention of an outside presence at least partially responsible for her missteps—“I Did Something Bad” is immediately followed by a track titled “Don’t Blame Me,” to say the least.

The aesthetic presentation of this album is adorned with snake imagery and a thirst for vengeance, made clear by the divisive lead single “Look What You Made Me Do,” but underneath all that is a 20-something who’s insecure about the mistakes she’s made while she’s finding lasting love for the first time.

Sure, we’ve heard Swift express her insecurities in the past — whether it be taking the steps into her first apartment on “Never Grow Up” or getting ready for her first date post-breakup on “Begin Again,” but we’ve never seen her express them in a way that actively works against the definitive characteristics we’ve come to assume of the megastar and her songwriting.

While 2012’s “Red” more or less emerged as the fan and critical favorite of Swift’s discography, she made the antithesis to it, at least in method.

Don’t listen to “Reputation” expecting an “All Too Well”—Swift has long proved herself an emotional wordsmith, but on this record she tackles the most daunting challenge she can imagine: saying exactly what she means.

“You’re so gorgeous,” she coos on “Gorgeous,” “I can’t say anything to your face / ‘Cause look at your face.”

There’s something refreshing about this approach—like Swift is attempting to humble herself in the stride for authenticity. With a, ahem, reputation as a diarist, Swift is known to divulge specific, poignant, scarf-in-your-sister’s-drawer level details, while pop artists like Charli XCX and Carly Rae Jepsen thrive with personality-first crush songs. Why can’t she join the fun?

Of course, she can’t hold herself back from some Swiftian poetry, like, “The ties were black, the lies were white / In shades of gray in candlelight / I wanted to leave him / I needed a reason” on “Getaway Car.” But the choice to have these lyrics subserve those that give an unfiltered portrait of the pop star is as jarring as it is moving.

“Reputation” is the most fascinating depiction of Swift yet. It’s a celebrity in the midst of an image overhaul made as relatable as a quarter-life crisis — if that crisis was soundtracked to industrial synths made by Max Martin, Shellback and Jack Antonoff.

Like her previous album closers, “New Year’s Day” finds Swift reinvigorated, this time realizing she’s content doing post-party dishes with her lover at the end of all the record’s drama and romance.

“Please don’t ever become a stranger whose laugh I could recognize anywhere,” she warns on the piano ballad.

As the holiday in the title suggests, Swift is ready to reconcile with her past and start anew, this time hand-in-hand with someone who loves her despite her flaws. She still hasn’t totally come to terms with those flaws herself, and she’s still afraid of heartbreak in the wake of vulnerability, but in finally removing her mask she’s discovered the excitement of learning herself, and doing so in the presence of someone who stuck through her hardest times.

Taylor Swift, the reputation, is always going to be bigger than Taylor Swift, the person, but maybe in facing them head-on against each other she can finally have the peace of mind to separate the two.