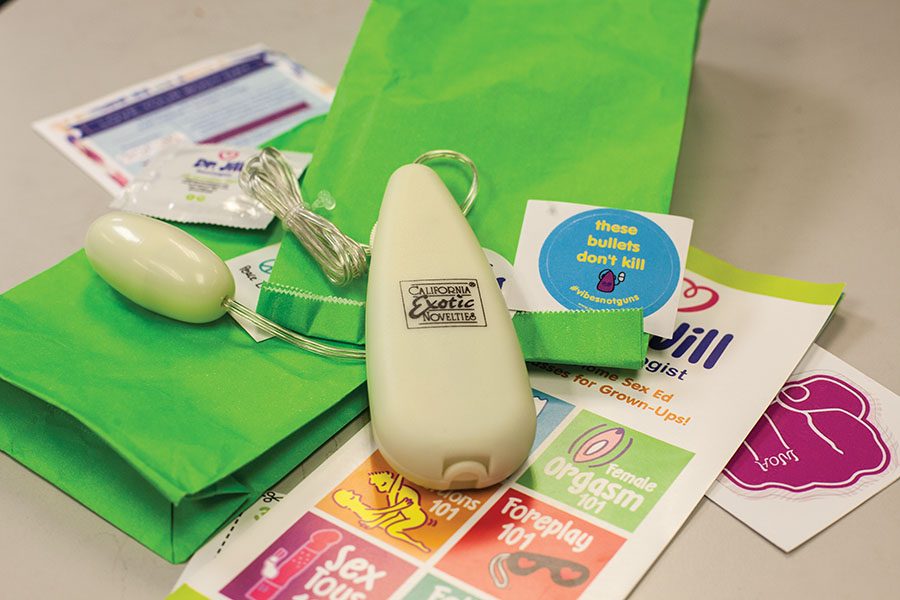 The idea for hosting the event on campus came after McDevitt’s original venue, a local yoga studio, nixed it due to concerns about the nature of the event.

“My original venue cancelled when they had a complaint, and I think it was really ironic that the exact reason that we need to bring female sexuality out of the shadows is the reason why it got cancelled,” McDevitt said.

That’s when communications junior and Womyn’s Outreach Association President Julia Goldberg reached out to McDevitt with the idea to move the event to the university.

“We want to promote sexual positivity,” Goldberg said. “There’s no shame in taking pride in your sexuality.”

Although Goldberg said the university didn’t give her pushback for hosting the event on campus, people had torn down promotional fliers that had been posted around campus and Craigslist had, apparently, previously flagged the original event.

“They think it’s all just kinky and gross,” Schroepfer said. “It’s not weird and gross, we want to normalize this and make people comfortable talking about it”.

Schroepfer also said she thinks the community at SDSU is more open to talking about topics like this one. Taking classes like human sexuality helps destigmatize the topics, she said.

Art history junior Kerrie Jensen said her women’s studies class helped her overcome her own shyness about the topic.

Goldberg said she is excited to pioneer in hosting this type of event, and would love to collaborate in the future with health services and do a joint event to promote women’s health and sexuality.