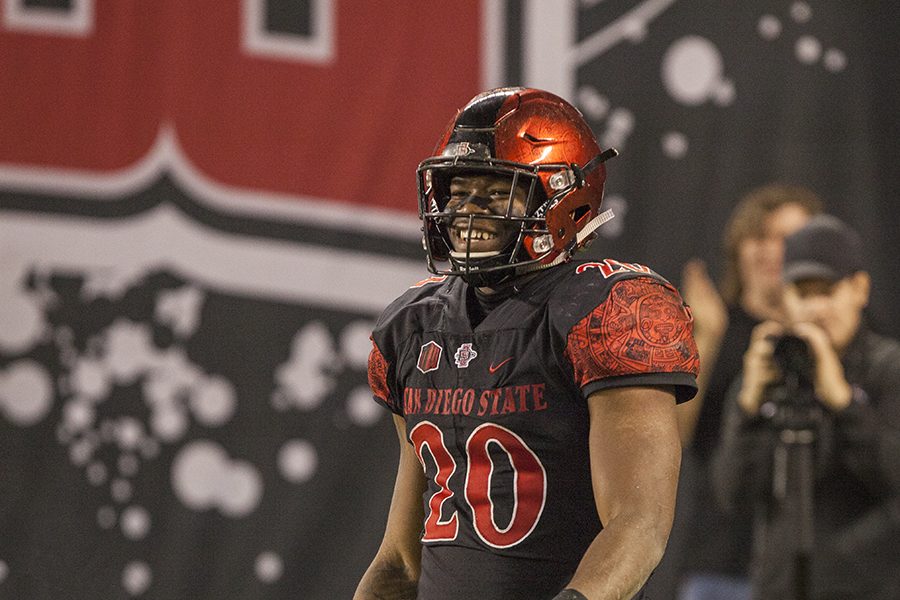 Offensive coordinator Jeff Horton said that he doesn’t understand how the committee could exclude Penny.

“It’s supposed to be awarded to the best player in college football,” Horton said. “But to not even be included in the final selection, to me I just want to know what the criteria is… maybe I haven’t seen the fine print where it says if you aren’t from a Power 5 school, it doesn’t matter.”

All three finalists hail from a Power 5 conference – Mayfield in the Big 12, Love in the Pacific-12 and Jackson in the Atlantic Coast Conference.

Mayfield is a finalist for the third consecutive season. He is second in the nation with 4,340 passing yards and 41 touchdowns against five interceptions, and the Sooners are the No. 2 seed in the College Football Playoff. Mayfield led the Sooners to a 12-1 record and a conference championship.

Many teammates took to Twitter to express their discontent, including junior safety Parker Baldwin.

“It’s a shame one of the best players in the nation gets no respect because of the school, and conference he plays in,” Baldwin tweeted.

Senior running back Tyler Wormhoudt also tweeted in defense of his teammate.

“Respect to the top 3 Heisman finalists but there is no reason @pennyhendrixx shouldn’t be on his way to New York!,” Wormhoudt tweeted. “Y’all snubbing my guy left and right… you’re going to see how great he is at the next level! Penny is my Heisman!”

Penny responded to the social media outpouring, tweeting that he is focused on the Aztecs’ upcoming bowl game.

“Appreciate all the love and support… still have one more game left,” Penny tweeted.

SDSU will face off with Army in the Armed Forces Bowl on Dec. 23.

Sophomore running back Juwan Washington, Penny’s understudy in the backfield this year, said that Penny is taking the snub better than his teammates.

“All the players are more upset than Rashaad is,” Washington said. “He’s gonna play no matter what and he’s gonna give us his best and help us win games. We just take it how it is.”

Senior defensive lineman Sergio Phillips said that getting overlooked is nothing new, but that Penny will prove all his doubters wrong.

“We’ve always been underdogs in everything we do, but his true colors will show,”  Phillips said.

Defensive coordinator Danny Gonzales said that the Heisman committee chose the wrong running back and that Penny will prove himself at the next level.

This is the second major award committee that has snubbed Penny, who finished the season with four consecutive 200-yard rushing games.

Coming off of his 428-yard, three-touchdown performance against the University of Nevada, Reno, Penny was left off of the Doak Walker Award list in favor of Love, senior Penn State University back Saquon Barkley and freshman University of Wisconsin back Jonathon Taylor.

Barkley was at one point regarded as the clear favorite for the Heisman before dropping off during the second half of the season.

The Heisman Trophy ceremony will be aired on ESPN on Dec. 9 at 8 p.m. EST, where the winner of the 2017 award will be named.