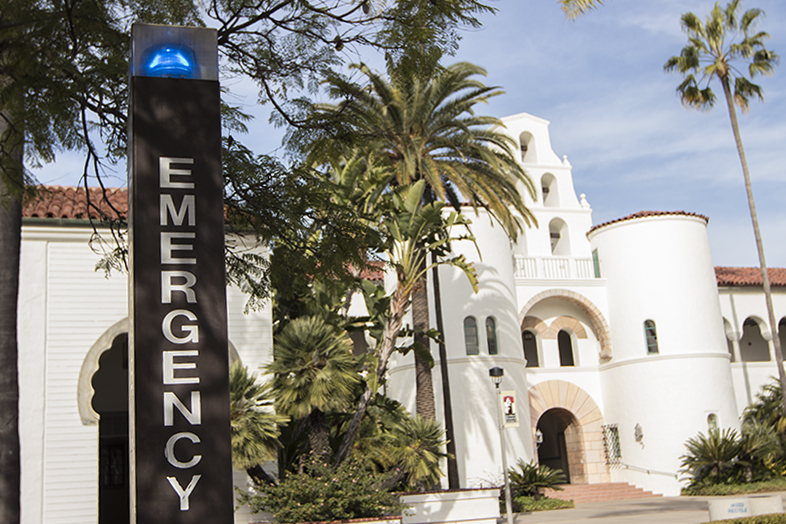 At the end of a semester that has seen a number of reported cases of sexual violence on campus, some San Diego State students have found themselves questioning why they have not received community safety notifications for incidents of sexual violence.

However, whether a community safety alert or a timely warning is issued is not up to the discretion of the SDSU Police Department, but dependent on a set of laws and their specific guidelines.

SDSU Emergency Services Director Lamine Secka said the federal Clery Act of 1990 has specific guidelines on what crimes mandate a safety alert being issued. Clery-reportable crimes include sexual assault, auto burglary and robbery, among others, and must occur on or near campus and pose an imminent threat to the campus community, Secka said.

Associate Vice President of Administration and Title IX Coordinator Jessica Rentto said significant crimes that do not qualify as Clery crimes may still be reported to students in the form of a community safety notification. These notifications are issued by Rentto herself, because the SDSU Police is not legally allowed to issue timely warnings for non-Clery crimes.

Rentto said a large reason why students don’t receive timely warnings or community safety notifications for all of the sexual violence crimes on campus is due to whether the victim is known to the perpetrator.

Additionally, there is the consideration of whether there was an arrest made for the crime.

“If there is an incident that occurs and an arrest is made, for example, then there is no mandate to put our a timely warning for an incident like that,” Secka said.

These aspects of the timely warning system are what are most concerning for some SDSU students.

Journalism sophomore Julia Reeder said she believes notifying students about reported sexual assaults, despite the nature of the relationship or the fact an arrest was made, could be an important step in decreasing incidents of sexual violence on campus.

“The sexual assault should be known about and be discussed amongst all students because I think that it being known that this is happening might decrease the chances of it happening again,” Reeder said. “If people do these things and nobody really knows about it, then it’s like it never happened.”

Women’s studies sophomore Mia Ortiz said she finds that only reporting incidents of sexual violence that occur on or near campus could be problematic.

“I feel like reporting incidents of sexual violence (involving SDSU students) that occur in any part of San Diego makes people more conscious members of the community,” Ortiz said.

However, Rentto said finding the correct balance in such situations has proven to be a particularly difficult process.

“What we also have to balance is our desire to encourage sexual violence survivors to report these crimes,” Rentto said.

Rentto said there have been issues in the past when survivors were reporting and, immediately following the timely warning, there would be large amounts of media coverage surrounding the incident.

“This creates the perception (from the victim) that people knew that they had reported and they knew that it was them,” she said.

Along with the intimidating nature of reporting incidents that may lead to a timely warning being issued, Rentto said there is also the societal issue of the stigmas surrounding sexual violence, a factor that notoriously leads to underreporting of such crimes.

“We can do our best at the university level to break down those stigmas, but every year we get new students who are coming in so it’s an unending educational process,” Rentto said.

Rentto said, when it comes to sexual violence, awareness may be the best tool for increasing reporting and bystander intervention.

Ortiz said it is important that SDSU takes on a role in informing students about consent and what sexual violence often looks like, which is usually between acquaintances.

“We think of rape as this far-off thing that happens in a dark alley with kicking and screaming but it’s really not always that,” Ortiz said. “I think that SDSU needs to be doing more to be having these conversations about sexual violence.”