Why all dorms — from Chapultepec to Zura — are priced the same 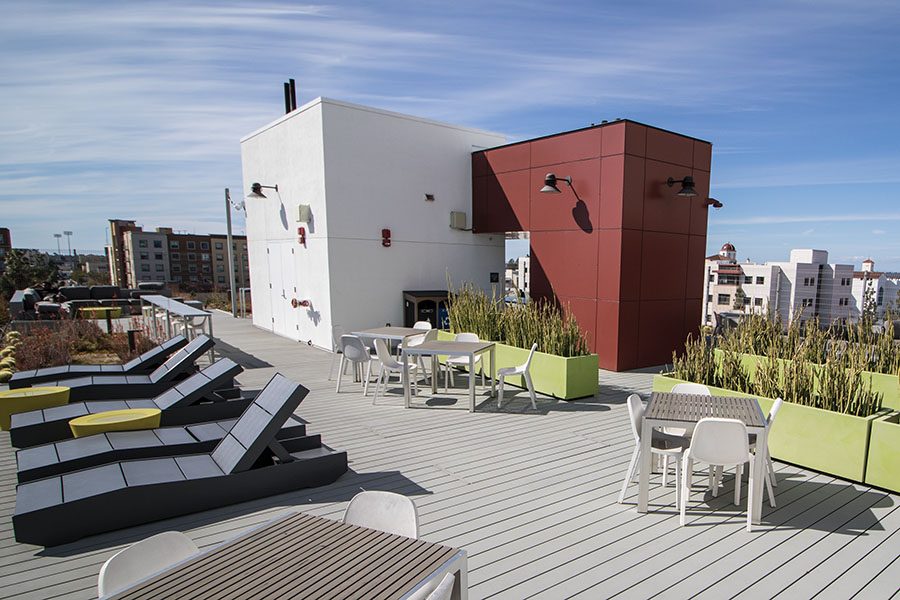 The roof of Zura residence hall, which reopened after renovations in 2015.

Living in on-campus dorms is a large part of the “college experience” for many.

At San Diego State, there are seven residential dorms that freshmen can be placed in. Though  cost is determined the same for all dorms regardless of the building, many residents say the buildings’ qualities are not the same across the board.

The breakdown for dorm pricing is dependent upon what meal plan a student has and how many roomates there are.

Students can request how many roommates they want to have and even who they would like to live with, but the building they end up in is determined at random.

Some dorms, like Zura and Tenochca, have been recently renovated with new interior designs, paint, maintenance and amenities like student study centers. The SDSU housing website defines their goals when renovating as to improve the overall health and safety, student comfort, energy/water use efficiency and student success amenities.

South Campus Plaza, Cuicacalli suites and University Towers dorms all contain bathrooms either within the room or shared between a suite of several rooms.

“You have to communicate how you’re getting to split the cost of cleaning supplies and toilet paper. I know that in some other freshman housing that it is provided for them so that’s just something we had to figure out in the beginning and maintain that commitment,” said journalism freshman Sydney Northcutt, who lives in University Towers.

Some students do not think that it is fair for a resident to be paying the same amount for what they consider to be a “lower quality” dorm, even though the number of roommates are the same.

Other students see a problem with the idea of paying more for nicer dorms, despite having to live in a possible lower quality dorm.

“The problem with that is that you start to create a classist society in the residence halls because then you’ll have rich people in really nice ones and and people who can’t afford that in other dorms,” gerontology senior Grace Sae said.

“SDSU preaches (about) being inclusive, so by charging different amounts, you’re going to create two different social groups, and if that were to happen then students wouldn’t be able to have that traditional first year experience,” Ballinger said.

Eric Hansen, director of the Office of Housing Administration, said that SDSU once had stratified prices for different residence halls, but it was found that students were being shut out of residential learning communities they wanted due to affordability issues.

“There have been no plans to change the cost for residence halls based on popularity of the physical buildings. Instead, we have made and will continue to make investments in the physical facilities to improve their quality,” Hansen said.