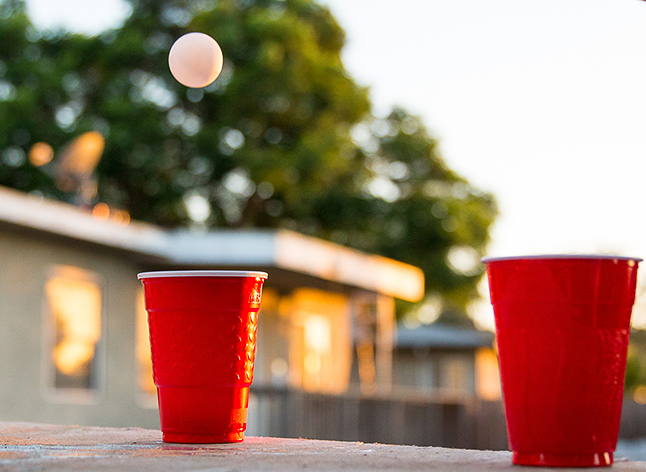 The moratorium prohibits fraternities under the council from hosting or engaging in events with alcohol at their chapter houses, according to an announcement from the council.

“The social moratorium is a result of ongoing concerns related to alcohol and other cultural issues within the community,” the announcement said.

The council came to the decision after two fraternities were placed on interim suspensions last week, resulting in six fraternities — more than a third of the council’s membership — on an “elevated” judicial status, the statement said.

University spokesperson Cory Marshall said in a statement two fraternities were subjects of “ongoing investigations” but could not confirm whether those were the two that the council statement was referring to.

“When they are complete and the decisions are rendered, it will be published on the fraternity/sorority life website,” she said.

According to SDSU’s Greek Life page, three other fraternities are currently on suspensions or probations:

“With more than a third of chapters on a status, the IFC believed that it was necessary to take action to mitigate any further incidents for the safety of the IFC and SDSU communities,” the IFC statement said.

The purpose of the moratorium, the council said, is to “provide the opportunity for reflection and planning” within the council’s member fraternities.

“It is important to note that this is a decision IFC student leaders have chosen to impose on themselves,” Marshall said.

The council covers the largest contingent of fraternities on campus — the “social” organizations. It does not cover sororities, cultural or academic fraternities.

A Delta Upsilon member speaking on the condition of anonymity said he heard on Friday that there was “a chance” Greek organizations could be suspended for the rest of the semester, then was told later that day about the moratorium by one of his fraternity’s executive members.

“Everyone is really sad and angry about how it happened,” the fraternity member said.

Fraternities included in the Interfraternity Council will now be allowed to host only one event with alcohol at a third-party location for the rest of the semester. The event must have licensed bartenders and security, be registered with the council and must not have any official or unofficial pre- or post-parties or gatherings.

No one under the age of 21 may be served alcohol at the event, and fraternities won’t be allowed to hold the event if they violate the moratorium beforehand.