‘We just needed a place to call our own’: Black Resource Center opens 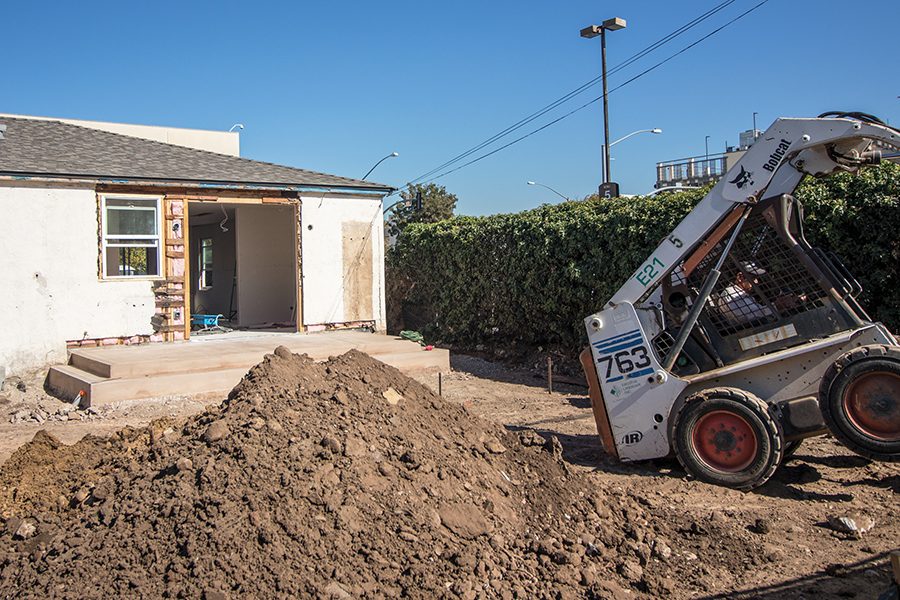 “My main goal is to help support the students in creating this space for students,” he said.

Political science senior Toni Sparrow said she realized SDSU needed the Black Resource Center when trying to organize a silent protest for Marquis Campbell, who was arrested by SDSUPD in 2016.

“We realized there was so many of us but we didn’t have anywhere to go,” Sparrow said.

Sparrow said the center is a great place for the community to make connections and utilize resources.

“In times like this we literally have to stick together,” Sparrow said.  “We (are) literally all we got sometimes so I feel like if we don’t come together as a community, it’s just how do we support one another if people in the world aren’t supporting us.”

Civil engineering senior Carson Lunsford said he became involved in planning for the Black Resource Center because he wanted to help make sure there was a safe space for people to meet, ask questions and build community. He said the center is an inclusive space where guests will be greeted with a smile.

“It was just kind of just something we felt was a necessity because of the climate of the world right now,” Lunsford said. “This space is a bridge, it is an opportunity for anyone who wants to learn more about African culture, black culture, anyone who has a desire to do research.”

Business junior and Associated Students Vice President-elect of Financial Affairs Christian Onwuka said he hopes the center is used as a stepping stone.

“It’s open to the community for people who don’t understand the black culture or the black experience here at San Diego State University. (They can) go to the resource center and get their own perspective and get educated on some of the issues we deal with and that way everyone learns to respect everybody,” Onwuka said. “We just needed a place to call our own,” he said.

Interdisciplinary studies senior Nnagozie Odeluga said the center is a home within a home.

“In your house you have your room and that is your spot,” Odeluga said. “So, San Diego State is like your home and the BRC is like our room, that’s our spot.”

Penn said he sees potential for students to become better because of the center.

Assistant Director of SDSU’s Educational Opportunity Program and Ethnic Affairs Shareka White said she is proud to have been involved in creating the center.  She said being a two-time aluma, she knew this was needed for SDSU students.

“I was there every step of the way,” White said. “To see the community come together in support of the center overall I am just overjoyed.”

The Black Resource Center  will hold an open house for alumni and community members at 5 p.m. on April 17.