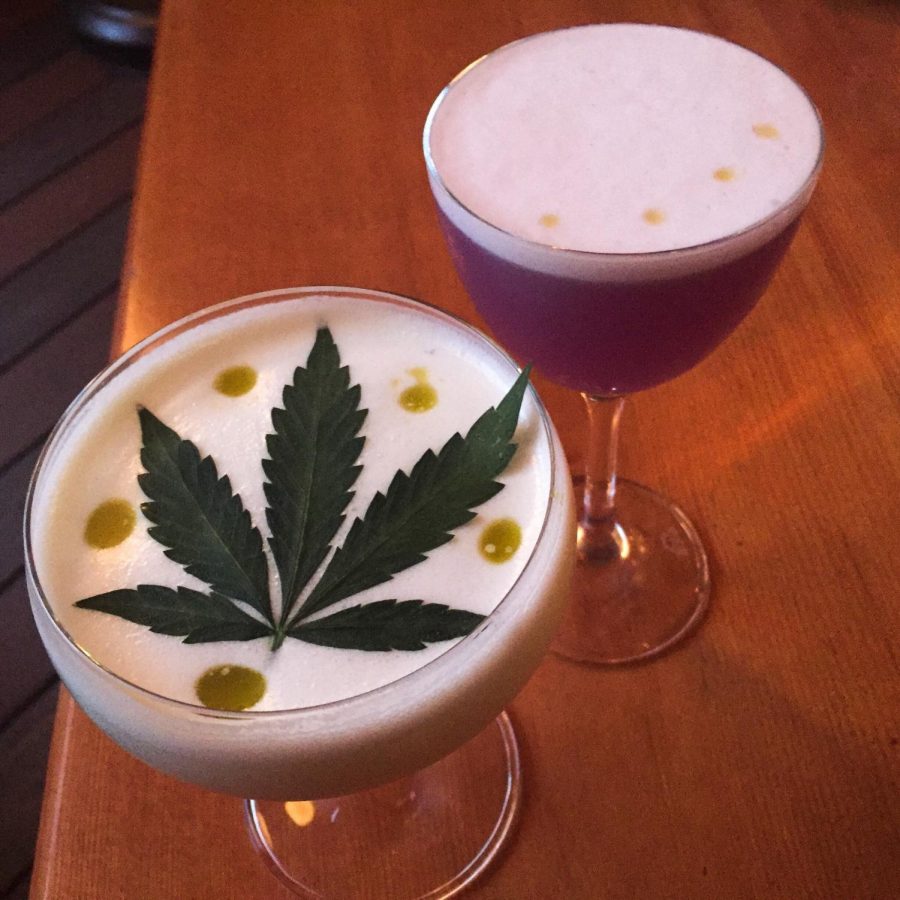 San Diego’s flourishing food scene has a constantly evolving selection of fodder to fulfill an array of munchie cravings. From potato-topped pizzas to dozens of donut varieties, there is no shortage of food to indulge in on April 20.

Hamburger Helper has nothing on the bacon cheeseburger mac from Stacked in Fashion Valley. Filled with ground beef, chopped tomatoes, applewood smoked bacon, onions and melted American cheese, this mac and cheese pairs well with an order of crispy battered and fried onion strings.

With locations in Golden Hill and University Heights, Pizzeria Luigi has a lineup of pizzas by the slice and by the pie, the latter of which is available for delivery. The potato, bacon, cheddar, sour cream and green onion topped Sports Bar and the ricotta-meatball Crime Scene are two local favorites on the menu.

Almost every San Diegan has a go-to taco shop, but ¡Salud! Tacos in Barrio Logan is one spot that can’t be skipped. Try the Barrio taco and Califas — a California burrito-style taco with carne asada, guacamole, cheddar and French fries.

Healthy under the influence

Those trying to be healthy with their snacking habits should try the buffalo cauliflower at Luce in Bay Park. Tossed with a Korean buffalo sauce, ginger, green onions and gorgonzola cheese, Chef Kat Johnson’s roasted cauliflower is both flavorful and nutritious.

Sweet day dreams are made of these

For anyone who wants to indulge in baked goods as soon as they wake, there are plenty of local donut shops peppered throughout San Diego. Donut Bar is well-known known for unique offerings like the Butterbeer, Homer, grilled cheese and French toast donuts.

Mission Hill’s Copper Top Coffee and Donuts, a newcomer to the local food scene, has a small menu and store, but big flavor in their products. Copper Top makes their own creamed marshmallow topping for the Campfire donut, and the School Lunch with raspberry jam and peanut butter is reminiscent of childhood snacks.

Edible endeavors for the legally-aged

With the statewide legalization of recreational marijuana in January, restaurants and bars have begun to embrace the idea of using marijuana-derived ingredients on their menus.

At Madison on Park, there are two cocktails on the menu that feature cannabidiol (CBD) oil — a product that can be extracted from both marijuana and hemp plants. Unlike tetrahydrocannabinol (THC), CBD does not have hallucinogenic properties, said Michael Belanger, budtender at Urbn Leaf.

Madison’s Mr. Nice Guy uses mezcal as the base liquor mixed with pineapple juice, matcha, coconut milk and lime topped with a marijuana leaf and drops of cannabidiol oil, and the Purple Rain is a sour-style cocktail made with Blinking Owl Aquavit, Giffard Peach Liqueur, Lemon, Butterfly Pea Flower and gold CBD oil.

Juan Carlos Récamier, local chef and owner of Ceviche House in Old Town, recently collaborated with Manny Mendoza and Herbal Notes to host a cannabis dinner. Through this and other private dinner events, the group hopes to change the way the general public uses and thinks about marijuana.

In preparing for these dinners, CBD oils and other marijuana products are paired with dishes based on flavor profile in a manner similar to beer and wine pairings. Instead of focusing on recreational enjoyment, Récamier said it is about enjoying the food and benefitting from the medicinal properties in cannabis.

“The purpose of (the dinner collaboration) was to get together, to have a great time, to educate ourselves and to understand how to use it responsibly and without abuse,” Récamier said. “It was also to celebrate that we’re living in a different time where this is a medicine — this is not something that is used just to get high. There really is a purpose behind this, and if you are responsible and you understand it, it can be very beneficial for everybody.”

When consuming products with elements of cannabis incorporated in them, it is important to take safety precautions. To ensure the safety of the guests during the Ceviche House dinner, Récamier said guests were required to take a taxi or rideshare service to and from the event, all guests had their identification checked to make sure that they were over 21 and no alcohol was served during the dinner.

Another important tip to keep in mind is that edible marijuana products affect everyone differently based on their body chemistry, weight and tolerance from using the product, Belanger said.

“When you take an edible, it can have a range of effects — everything from being forgetful, being sleepy, enjoying yourself immensely when listening to music,” Belanger said. “Edibles, contrary to popular belief, can give you more munchies, so when you eat an edible, it can actually cause you to want to eat more because of the effects of THC on your (gastrointestinal) tract.”