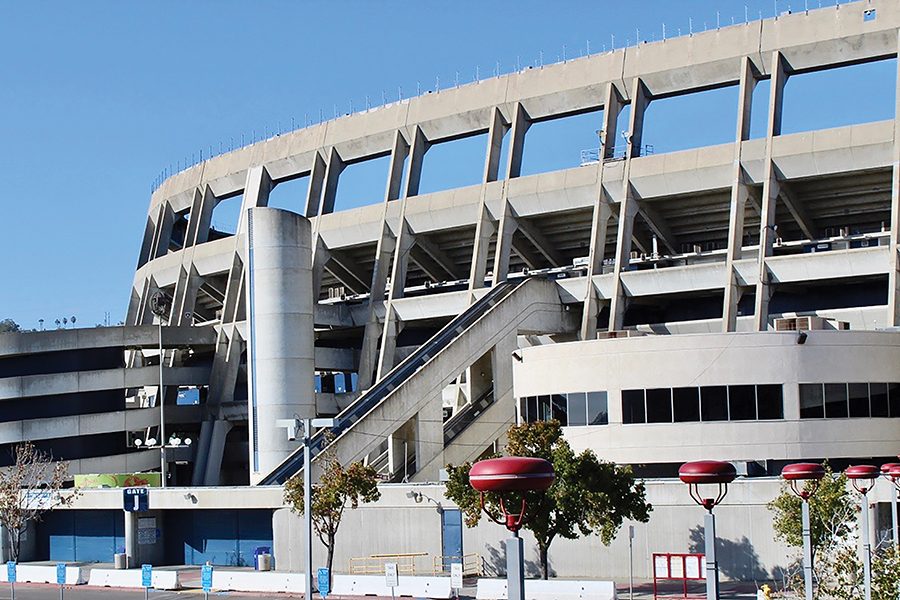 The council voted 6-1 in favor of the extension, however, the agreement did not come without a catch.

According to Item 202 of the council’s meeting agenda, the city will now receive all parking revenue and concessions revenue which belonged to SDSU prior to last Monday. SDSU will also pay the city $1.1 million per season.

If the council voted against the extension, SDCCU Stadium would have closed on Jan. 1, forcing SDSU football to search for a new place to play in 2019. This would have marked the end of the Aztecs’ 51-year tenure playing at that stadium which began back in 1967.

As for the Aztecs, who will occupy the field, the security of having three more seasons with a home field helps with recruiting.

“If we didn’t have a lease extension, we couldn’t have recruited,” said SDSU football head coach Rocky Long. “Nobody’s gonna come here if they don’t have a place to play.”

While this serves as a win for the Aztecs’ short-term future, Long and his program have their eyes set on the SDSU West initiative vote this upcoming November. The initiative includes the construction of a 35,000 seat stadium that will be the home of SDSU football.

“We have a place to play for three seasons but the vote in November will have a real issue on what’ll happen,” Long said. “It can happen that we get to go stay there. We might have to find another place to play. I don’t know how that election’s gonna play.”

SDSU West would also expand the campus of SDSU to construct new buildings for academic and research growth.

On the other hand, the SoccerCity initiative proposed a 33,500-seat stadium with hopes of bringing an MLS team to San Diego. It will still provide a new home stadium for the Aztecs, but the stadium will be shared with a soccer team. SoccerCity also plans to have an entertainment district dedicated to restaurants and nightlife.

“If we win the vote, we get the rights to the stadium and we can build our own, it’ll be the biggest thing for San Diego State football: a state of the art, brand new stadium would do wonders,” defensive coordinator Zach Arnett said.

The vote in November will come down between SDSU West and SoccerCity initiatives.