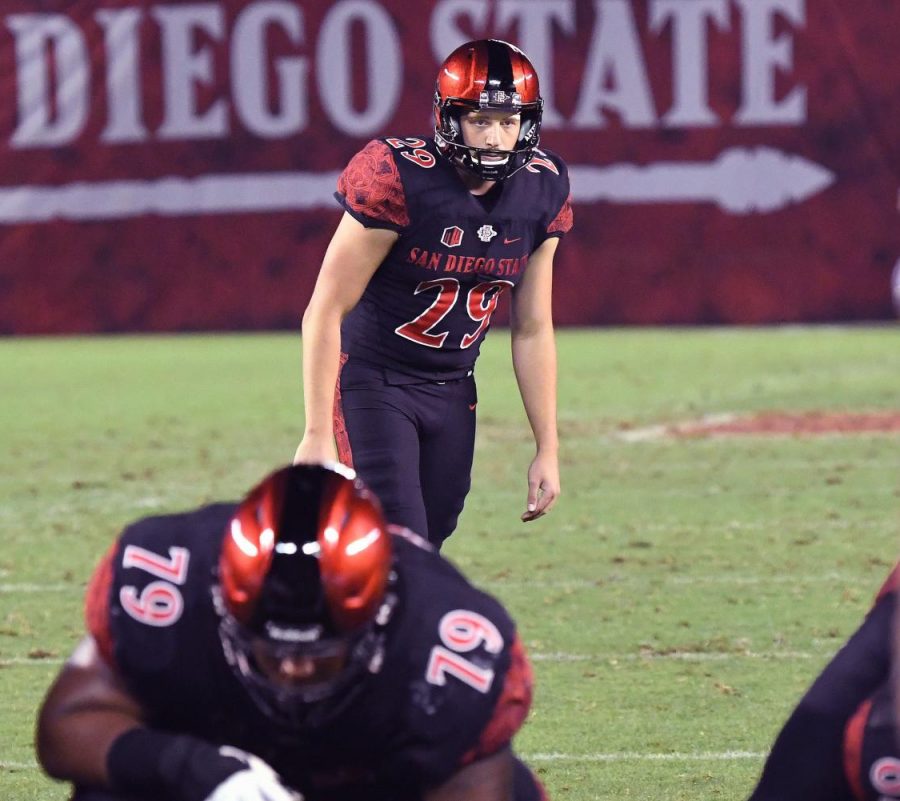 Senior kicker John Baron II readies to boot a field goal during the Aztecs 28-21 victory over Arizona State on Sept. 15 at SDCCU Stadium. Baron made two field goals in the game, including a career-high 54 yarder.

Baron made two field goals during the Aztecs 28-21 upset win over Arizona State on Sept. 15, including one from a career-long 54 yards out.

Baron also tacked on a 36-yard field goal in the third quarter, the 13th time in his career that he made multiple field goals in a single game.

So far, Baron has kicked a perfect 5-of-5 on field goal attempts this season, and is only one of three place kickers in the country with at least two field goals from 50-plus yards.

Baron said he tries not to think about much as he prepares to make his kicks.

“Think as (little) as possible and think positive thoughts,” Baron said. “For me it’s always keep it simple, keep it short, and hit the ball.”

Baron was one of 30 kickers named to the watch list for the 2018 Lou Groza Collegiate Place-Kicker Award entering the season, also being named an All-America candidate.

It is the second consecutive season Baron has made the preseason Lou Groza watch list, after being named a semifinalist for the award in 2016.

Baron entered the year ranked first all-time in field goal percentage at SDSU with .868, but had only kicked from 50-plus yards three times before this season, making one.