SDSU West initiative continues to lead the way in endorsements 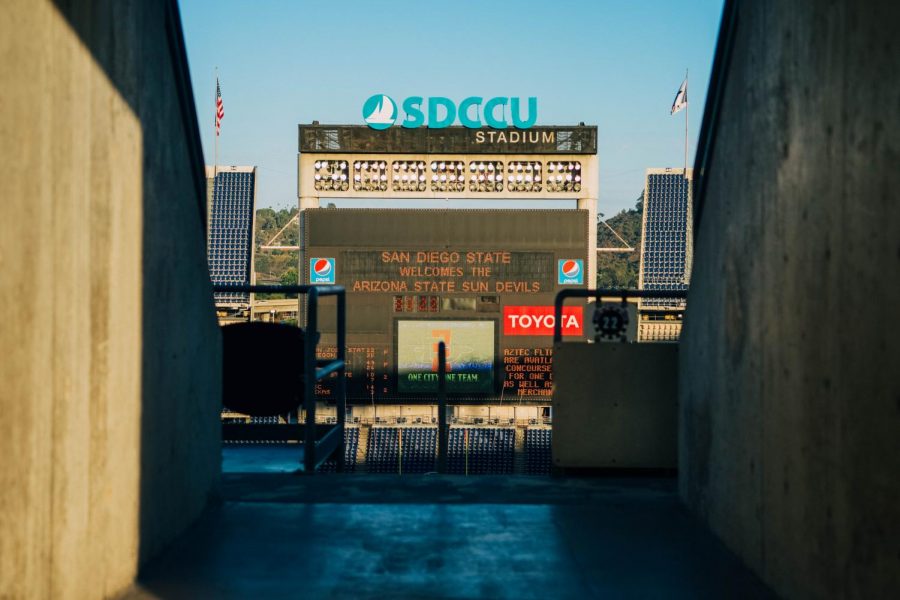 The SoccerCity and SDSU West initiatives will face off in November in hopes of developing on the site of the SDCCU stadium in Mission Valley.

The morning of Sept. 19 came with a fresh batch of endorsements for the SDSU West initiative as a number of elected officials gathered to express their support for the project.

According to a Friends of SDSU press release, the group was also intentional in voicing their “strong opposition” to Measure E, otherwise known as the SoccerCity initiative.

“I am proud to join elected officials from across the region in supporting Measure G,” Atkins said. “Measure G requires full environmental review and multiple opportunities for public input. It is also the only initiative that ensures the stadium site’s revitalization is in line with the community’s vision; appropriate environmental mitigation for neighboring residents and businesses is delivered; and restoration of the San Diego River is prioritized.”

One of their primary criticisms of the SoccerCity initiative is they do not believe it complies with the California Environmental Quality Act, according to the press release.

“Ensuring current and future San Diegans have the same great quality of life we enjoy today is a priority for all elected officials, and it’s among the many reasons why I support Measure G and oppose Measure E,” Vargas said.

When looking at endorsements, the SDSU West initiative has trailed ahead of SoccerCity for months. The end of August marked a high point for SDSU West when they secured a major endorsement from the San Diego Democratic Party as well as from the San Diego County Hispanic Chamber of Commerce and the Asian Business Association, among others.

FS Investor and SoccerCity spokesperson Nick Stone said in a statement that their campaign stands out in another way.

“While Measure G has been courting politicians and city hall insiders, we’ve been working to earn the support of regular San Diegans who are excited about SoccerCity and appreciate that Measure E will produce twice as much tax revenue for the city as Measure G, pay fair market value for the land, provide for SDSU’s needs, and transform the site into a place that offers something for everyone — all at no cost to taxpayers,” Stone said.

Both of the initiatives will face off on the November ballot, each seeking to develop on the site of the SDCCU Stadium in Mission Valley. Both initiatives include plans for new stadiums as well as housing and commercial projects. But the SDSU West initiative would permit the sale of the site to the California State University, while the SoccerCity initiative would sell the land to a private developer for use by a professional soccer team.