Sure Sure brings infectious grooves to Voodoo Room 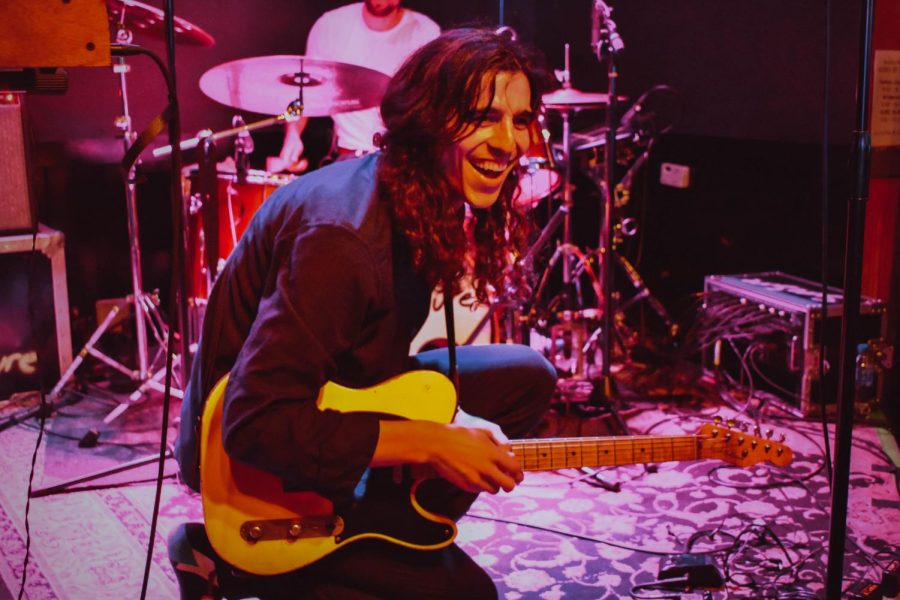 In the dimly lit Voodoo Room at the House of Blues on Oct. 13, Los Angeles based indie-pop group Sure Sure put on an intimate yet high energy show playing many of their fans’ favorite songs alongside some unreleased material.

As this was the group’s second performance at the House of Blues this year, the show adopted a very relaxed and casual atmosphere highlighted by the Voodoo Room’s comfortable feel and eclectic décor, in addition to the band announcing they would personally give out a medal to  the best fan at the end of the show.

Before the show even began, the crowd was buzzing with conversation as small groups of friends gathered in anticipation. When the band took the stage, the crowd was electrified as guitarist and singer Charlie Glick played the first few notes of “Giants,” a song off its most recent self-titled album. As soon as Chris Beachy joined in on the keyboard, people in the crowd began dancing to the peppy piano rhythm and not long after almost everyone was singing along as Glick and Beachy sang, “just walk on over, I’ll get you off.”

Sure Sure is known for its infectious beats and warm stage presence, creating an open living room show feel with the powerful vocals and moody guitar melodies you would expect from other indie-pop staples such as Talking Heads or Vampire Weekend.

It is clear Sure Sure is not afraid to borrow from other artists as they succeed at creating its own sound. This is very evident on their song “Friends” about a failed love interest, which features a strong piano melody paired with a prominent and catchy drum beat very similar to those of Grizzly Bear. However, Sure Sure adds another layer with the addition of deep, twangy bass and guitar.

The show proved to be the perfect combination of the band’s more moody and complex material such as “Fat Lady” and “New Biome” with its fun and quirky songs like “Hands Up Heads Down,” which features dreamy synths, contagious bass lines and an infectious dance move that gets the whole crowd involved.

“My favorite song is ‘Hands Up Heads Down,’” accounting sophomore Alexander Stanescu said. “It is unlike anything I have heard before. It is both playful and eerie at the same time and has so many different layers.”

Sure Sure has for sure grown a lot since  last show at the House of Blues.

Biology sophomore Christina Jones saw Sure Sure in January and said she likes the band even more now.

“They are one of my favorite bands, and I cannot wait for them to release more music,” Jones said.

One of the most remarkable things about the show was how the band was able to command the entire space, playing off of each other and the crowd. Everyone left the venue with a smile on their face and pep in their step as they tried to get the warm melodies and driving rhythms out of their heads.