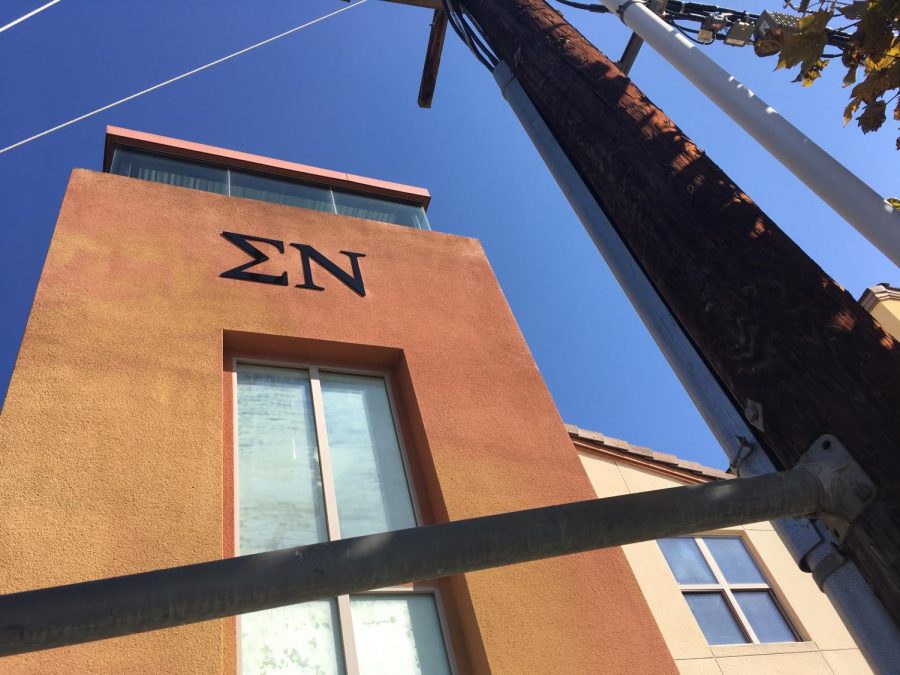 Sigma Nu was removed from campus by their national chapter after confirmed violations to the chapter's alcohol policy.

According to an Oct. 18 statement from the Sigma Nu national organization, the decision was made “due to confirmed violations of Sigma Nu fraternity’s ‘Risk Reduction and Policy Guidelines’ related to alcohol.”

The fraternity didn’t say what the specific violations were.

A university statement confirmed the removal of the fraternity from campus and said SDSU supports the national organization’s decision.

“As SDSU is committed to promoting an environment that encourages the health, safety and wellbeing of all campus community members, the university has placed Sigma Nu, Eta Kappa on interim suspension pending a university investigation,” the statement said.

“It is very unfortunate that we must cease our recolonization efforts at San Diego State University,” Beachman said in a statement. “However, violations of this nature threaten the safety of all involved and stand in direct opposition to our principles and our mission to develop ethical leaders for society. They are intolerable.”

Sigma Nu’s removal came just as SDSU’s chapter of Kappa Alpha was placed on an interim suspension by the university. The decision was made after a freshman student reportedly “blacked out” from drinking and woke up with multiple injuries after attending an event at the Kappa Alpha fraternity house.

The mother of the student told 10News her son suffered a concussion, a fractured wrist, a sprained ankle and numerous bruises on his back following the event.

Issues with alcohol consumption in fraternities were part of what led the IFC to impose a social moratorium, or party ban, in the first place. In a September interview with The Daily Aztec, IFC President Jacob Mahony said the decision to put a pause on parties came in response to a national climate that threatened the long-term sustainability of fraternities due to a number of issues, including excessive alcohol and drug consumption, hazing and toxic masculinity.

“It’s definitely hard to completely change a culture especially after just one year or a few months,” Mahony said in the September interview.

In a statement, the IFC said they could not provide any information regarding the national chapter’s decision to remove SDSU’s Sigma Nu chapter.

A previous version of this story incorrectly included a photo of the Kappa Alpha fraternity house. The Daily Aztec regrets this error.