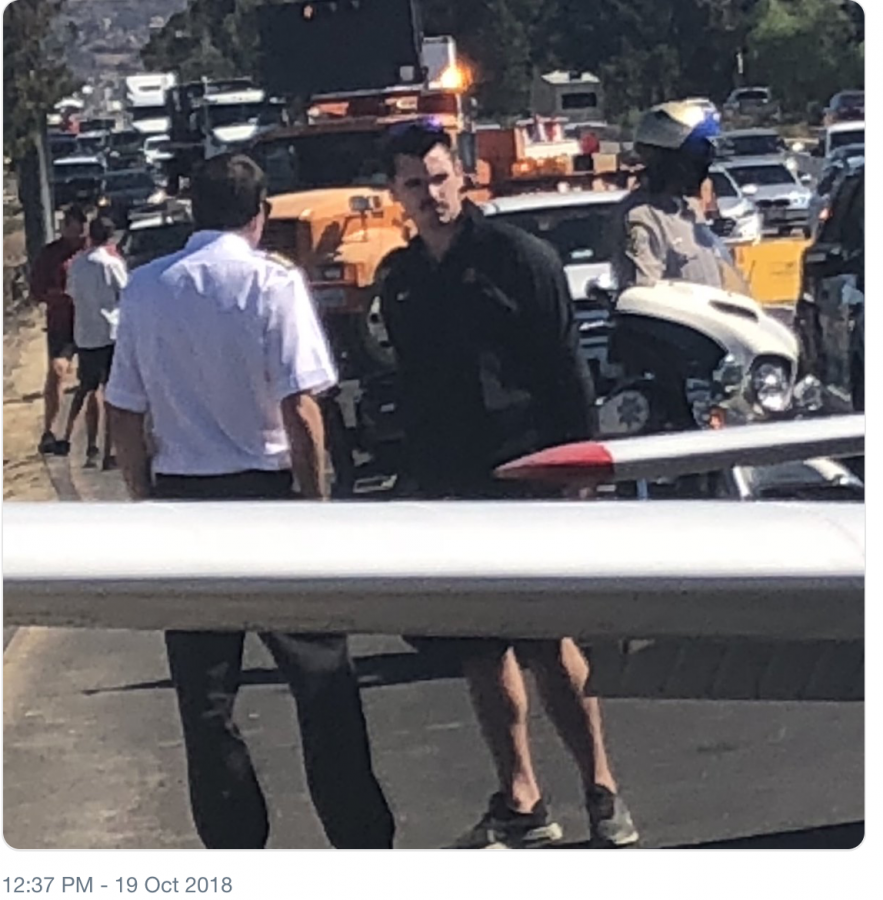 A San Diego State alumnus was the pilot who made an emergency plane landing on Interstate 8  the morning of Friday, Oct. 19, safely guiding it onto a freeway after the small craft experienced an engine failure.

Flight instructor Ryan Muno, who graduated from SDSU in 2015, was giving lessons to a 35-year-old student when the engine of the four-seater aircraft they were flying failed unexpectedly. At that point, Muno took control of the aircraft, managing to avoid cars and land safely on I-8 near Second Street in El Cajon. The craft, a 1979 Piper PA-28, landed less than two miles from its destination, Gillespie Field. Neither Muno nor his student were injured.

“I’m so proud of him,” Muno’s mother, Kelly Muno, said to The San Diego Union Tribune on Friday. “He’s on his way back home, and I just want to hold him and not let him go.”

Muno attended SDSU from 2012-2015 and was a former corner infielder for the Aztec’s baseball team.

According to his mother, Muno decided to pursue a career in aviation after injuries left him unable to continue playing baseball.

A couple who was driving on the I-8 at the time of the incident posted a video capturing the moment the plane landed on the interstate.

“It was like, magical, like the fact that he was able to maneuver around the cars and that the cars were smart enough to get away from the plane,” Keri Decker said to NBC San Diego.

The aircraft, which landed on the far two left lanes of the freeway, was eventually moved to the nearby Mollison Avenue exit.

The plane remained off the exit until its wings could be disassembled.

According to CBS, the Federal Aviation Administration in investigating the incident.