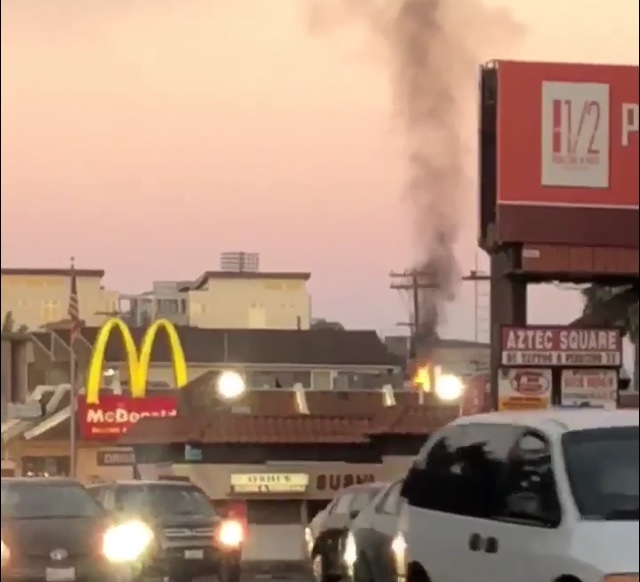 Smoke and flames rise from the SDSU-area McDonald's Friday morning.

San Diego Fire Department dispatchers received a call at 6:50 a.m. about a fire inside the McDonald’s on Montezuma Road near Campanile Drive

The restaurant is located just south of campus, next door to the Alpha Chi Omega sorority house.

Smoke could be seen coming from the outside of the restaurant when firefighters arrived at 6:57 a.m. but there were no visible flames from the building’s exterior.

Fire department spokeswoman Mónica Muñoz said fire crews found the fire in the grease trap and vent area in the kitchen and stopped it from spreading to the rest of the restaurant.

No customers or employees were injured.

The San Diego County Health Department was notified and the restaurant is expected to remain closed until the damages can be assessed and repaired.