Car careens into ditch near campus 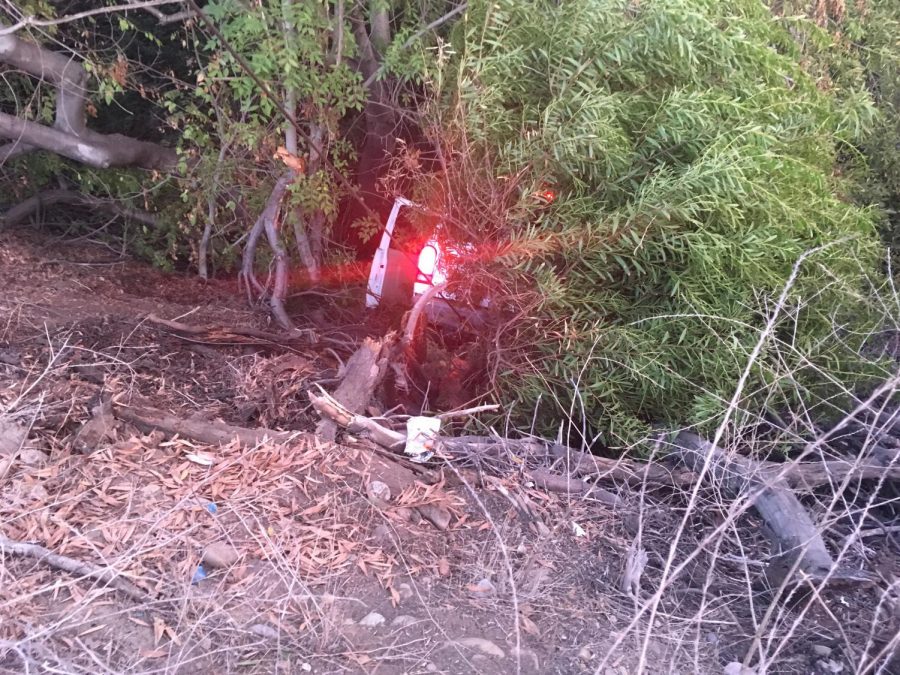 A vehicle flipped into a ditch near campus during an accident on Oct. 28.

A driver lost control of his car and ended up in a ditch just off San Diego State’s campus Sunday evening.

The crash occurred just before 4:45 p.m. near the intersection of Alvarado Road and College Avenue, according to San Diego police Officer John Buttle.

The male driver involved in the crash escaped unhurt.

Alvarado Road was closed just east of College Avenue for a time after the accident while workers tried to hoist the car, a white Ford Explorer Sport, out of the ditch.

Editor in Chief Will Fritz contributed to this story.