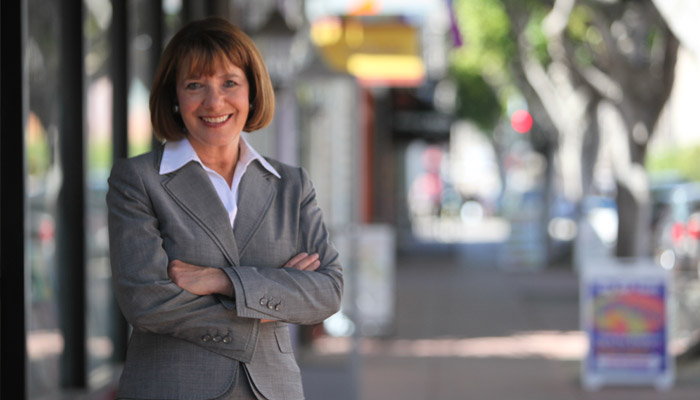 Democrat Susan Davis will face off against Republican Morgan Murtaugh for a house seat in California's 53rd congressional district in the Nov. 6 midterm elections.

Despite a vast history with California politics, it would have been unlikely that incumbent Democrat Susan Davis would’ve envisioned herself becoming a seasoned politician while she was working as a social worker in the early ‘80s.

“I think most people would agree that I certainly didn’t start out trying to be in office,” Davis said.

Now, in 2018, Davis is seeking re-election in California 53rd house district. It was only when a neighbor who she was helping run for school board in 1983 was unable to take the job that she began her career in politics, working with the school board for nine years and eventually climbing up the ladder through the State Assembly and into the House of Representatives.

With deep roots in the San Diego community, Davis said she is confident she understands what her constituents are looking for when it comes to getting things done on Capitol Hill. Among the many issues she emphasizes in her policy stances are topics such as women’s empowerment, middle-class prosperity and healthcare reform.

“I think (my constituents) don’t believe people who say one thing and do something different and, in my case, they know that I’m working hard on their behalf,” Davis said.

However, Davis said her top priority at the moment would be eliminating government corruption. She said this is something that demands attention now more than ever as voters in some parts of the country have reportedly struggled with issues of voter suppression.

“This particular year, I think we’ve seen a real erosion of (voting rights),” Davis said. “Not particularly here in California, but on the federal level some changes have occurred and I believe we have to be as rigorous as we can be to ensure that states are doing what’s right.”

As somebody who has partaken in numerous campaigns throughout her career, this one could be considered especially unique. Her opponent is 26-year old Republican Morgan Murtaugh, who has taken the Republican platform in a fresh direction with her socially liberal, fiscally conservative approach.

Davis said this is nothing new, as she is familiar with the challenge of taking on unconventional candidates. However, she said her extensive track record in California politics should give her a step up over Murtaugh, who is running for her first term.

“Until you have a record, there really is nothing that is substantive,” Davis said. “The reality is, I really have the kind of understanding and interactions with my constituents (on all ends of the political spectrum) and I think we’ve developed a good working relationship so, when I say something, they know that I’m going to follow through.”

While the candidates are definitively split on a number of their policy stances, Davis said having a variety of opinions on the ballot is far from a bad thing, as long as candidates live up to the claims they make on the campaign trail.

“(Having different opinions represented is) a good thing in our democracy,” Davis said. “I think we should have people with different opinions but I think it is also important for people to be truthful about what they’re saying and if they’re willing to follow through with that no matter the kind of pressure they get.”

As somebody who has been in this position many times prior, Davis said her campaign practices have largely stayed the same – work hard the whole time, not just for the campaign.

“I work hard with my colleagues, I work hard across the aisle, even during these times now,” Davis said. “I will stand up to Trump when I believe that he is making mistakes, which I believe he is making a lot of. But, I am also willing to work with him when he demonstrates an interest in doing that.”