Student horror film puts a twist on a witch hunt 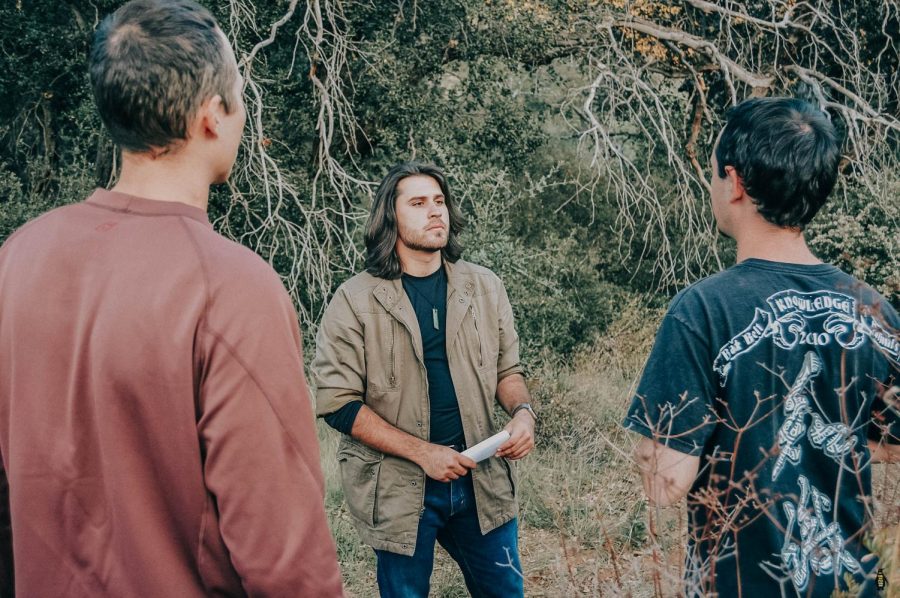 “The Den” director Guillermo Areizaga said the script was reworked to make a deadline.

The festival featured a selection of short horror films by student filmmakers, each one bringing a distinct interpretation to the genre.

One such film was “The Den,” directed and co-written by Guillermo Areizaga, a senior production and communications major.

“The Den” is a dark fantasy film that reverses the roles of a traditional witch hunt horror film.

The story revolves around a witch as the protagonist and a group of trespassing teenagers as the antagonist, forcing audiences to wonder who is the real monster in the film.

“The story originally started as horror, and as we developed it, it started changing into something else,” Areizaga said. “We wanted to stay away from gore and make an atmospheric type of film.“

“The Den” approaches horror from a unique perspective, and the idea was born out of a single shot Areizaga filmed for a project in a television, film and new media class.

He used the shot as a trailer to build excitement around the project and recruit his crew.

Areizaga said the perfect shot project was a fantastic springboard for writing the rest of the story for “The Den.”

He wrote the film with his friend, and producer of the film, Ashley McCann, a senior production major.

“We are pretty good friends,” McCann said. “It was fun to collaborate with Guillermo.”

After the completion of the story, Areizaga and McCann began looking for the perfect location to film “The Den.” McCann found the ideal location, a campsite near Descanso, California.

In addition to transportation, the film also required generators to power lights and other equipment since the film was shot entirely at night.

With such a short window to film — from sunset to about midnight — the cast and crew were required to adhere on a very strict schedule.

“On the first day, we planned to shoot 24 shots, and on the second day, we were planning on shooting around 20 shots,” Areizaga said.

However, filming did not go as planned.

Areizaga said the film went through some edits in order to meet a tight deadline.

“On the first day, we only got through eight shots,” Areizaga said. “We had to cut and rework the script in order to finish filming on time. On the second day, we were so on top of it that we finished exactly at the stroke of midnight.”

While the location played an essential role in the making of “The Den,” it is clear a large portion of the film’s resources went into production design. The exceptional set decoration adds depth and realism to such a fantastical and scary story.

“We put a lot of time and money into production design,” McCann said. “And it really paid off.”

“The Den” is the first film that Areizaga has directed, although in the past he has been involved in many of his classmates’ projects, as editor and sound designer.

“The Den” was featured in both the Emerging Filmmakers Showcase as well as the Best of the Best Fest.

The next opportunity to see more student films is the Emerging Filmmakers Showcase on Dec. 18 and 19 at 7:30 p.m. in the Don Powell Theater.

Tickets are $10 and can be purchased online.