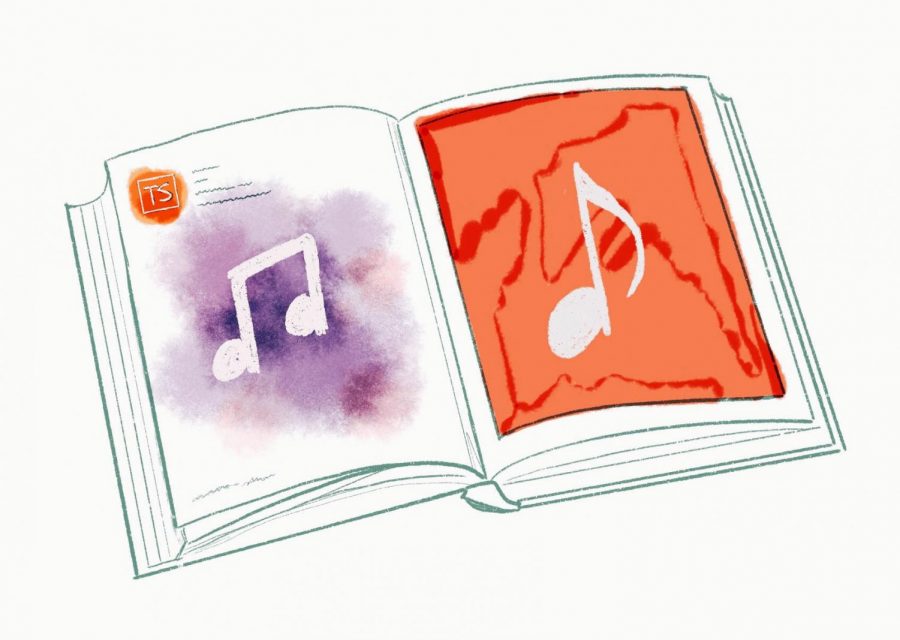 If you find yourself being a lover of all things music, one of the best ways to indulge in your obsession, beyond listening to artists and going to concerts, is reading music-inspired books and autobiographies. These books open readers’ minds up to new songs, bands and concepts prevalent in the music industry and the lives of artists, adding layers of context to beloved music fans may not have known about before.

Here are five essential books for anyone obsessed with music, paired with other books and documentaries that complement each other.

Most Beatles fanatics have probably read dozens of books based on the lives of the Fab Four. Plus, it’s been nearly 50 years since the Beatles broke up, so some might assume finding any new biographies on the band is unlikely.

But with “Dreaming the Beatles,” Rolling Stone writer Rob Sheffield does what he does best: incorporating the music of the greatest band of all time with personal life experiences to remind us why the Beatles are still important after all this time.

Often hailed as one of the best Kurt Cobain biographies out there, “Heavier Than Heaven,” thanks to Charles R. Cross, picks up on every detail of the Nirvana frontman’s roller coaster life. Cross starts at Cobain’s difficult childhood before diving into the formation of Nirvana and the instances that could have led to Cobain’s suicide. He also writes of Cobain’s relationship with wife Courtney Love and their child Frances Bean.

“Heavier Than Heaven” is interesting and detailed for anyone wanting to know more about Cobain. While the biography might seem drawn out at points, it is fascinating to read how much time and research Cross put into writing the most accurate depiction of Cobain’s life.

3. Rob Sheffield, “Love is a Mixtape”

In “Love is a Mixtape,” the Rolling Stone writer uses his own mixtapes from the ‘90s to tell his life story. He writes of love, life and death in an incredibly unique way, tying in his favorite songs to some of his worst and best memories.

This is the perfect read to understand the many unexplainable events we experience in our lives, and how to overcome them in time. Sheffield tells a variety of stories about being a rock journalist and radio host, and how music has shaped who he is.

The book is a tear-jerker, but also leads to a greater appreciation for music and its attachment to specific memories. Sheffield beautifully creates his own biography and his insanely realistic imagery makes him one of the best modern writers.

In “Sticky Fingers,” Joe Hagan tells the life story of Jann Wenner, the mastermind behind the biggest music magazine of all time, Rolling Stone. Hagan characterizes Wenner as somewhat of a narcissist in the book, and “Sticky Fingers” offers an amazingly enticing story on Wenner’s drive to create the famous magazine.

The book is filled with stories of Wenner’s marriage, secret relationships, friends, enemies, and his relationships with rockstars and the other famous staff of Rolling Stone in the ‘70s. The book discusses Wenner’s childhood and drug use as well as his dominating personality. While “Sticky Fingers” is a heavy read, it is an enthralling take on the music, culture and politics at the time of Rolling Stone’s peak.

Written by the Red Hot Chili Peppers frontman Anthony Kiedis, “Scar Tissue” provides readers a look into the chaos of the lead singer’s complex life. The book begins with Kiedis’s experiences between his two divorced parents and his divide between living with his mother in Michigan and his father in Los Angeles. Kiedis also discloses his indulgences in drug abuse at a young age, which became the backbone to many of the difficulties he faced in life.

The poetically written book showcases Kiedis’s writing abilities and pulls readers through the emotional roller coaster that encompasses what the Red Hot Chili Peppers are known for. The book follows Kiedis’s adventurous and, at times, selfish life choices on the city streets of Los Angeles through sex, drugs and the Chili Peppers.

Not only does this book describe the experiences that inspired each of the band’s songs, but it also teaches many lessons about life and emphasizes the horrors of drug use.

Also read: Flea, “Acid for the Children: A Memoir”