Preparing for graduation amidst industry layoffs 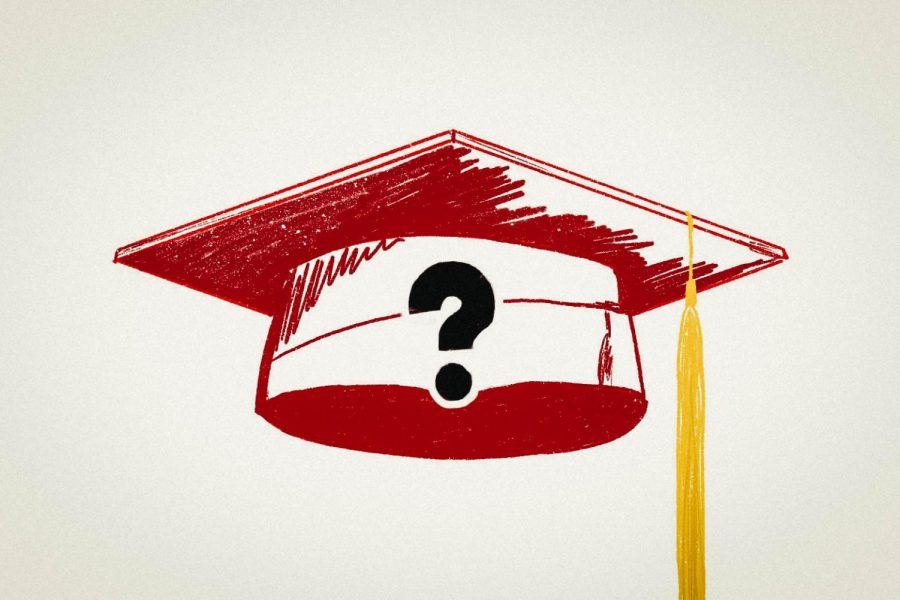 Senior year was supposed to be an exciting time. Between sessions of working on my multimedia capstone project and practicing my photojournalism and video skills, I had grand ideas of hanging out with the friends that I had gained throughout my time at San Diego State.

I expected to enjoy the last few, “carefree” months of my undergraduate journalism program prior to attending commencement, starting a full-time career and finally settling into the post-college life.

All of that changed over the past few weeks as news organizations across the globe began yet another series of layoffs. The Guardian recently reported that approximately 2,100 journalists were dismissed from their positions in late January, leaving current journalism students and “almost graduates” with anxiety about what is to come next.

As journalism has become increasingly digitized over the past two decades, the number of people subscribing to newspapers has decreased. The result has been a subsequent and drastic decrease in newsroom positions.

Pew Research Center reported last year that between 2008 and 2017, 23 percent of newsroom positions had been eliminated — largely due to a 45 percent loss of newspaper positions. The most recent layoffs are hitting an industry of thinly-stretched newsrooms even further.

Whether I knew it or not, I have been working to become a journalist throughout my entire life.

My career as a writer started while I was on a school newspaper staff in the fourth grade. I had always loved writing, even before I could actually read and write (I used to scribble curlycue “paragraphs” in my diary as a precocious three-year-old).

Joining the paper made me feel like less of a bullied outcast, and it gave me a greater sense of confidence and purpose.

In high school, I extended my school day by an extra period to enroll in a journalism class in which we produced, edited and printed a newspaper each month. I served as the paper’s co-editor in chief my senior year, and I felt particularly proud of the “Jock Like Me” article I wrote for the first edition of that year.

All summer, I trained with the football team to see what it was like to be a player and how the team camaraderie and training differed from the cheerleading team I was the captain of.

As luck would have it, the week of cheerleading camp coincided with football camp. Enduring the humid, 90-degree weather, I spent all morning working on my basket tosses, stunts, chants and dance routines before running home to shower, eat, change and run off to the nighttime football practices.

On the first day, my friend (and former New England Patriots nose tackle) Ron Brace picked me up by the shoulder pads to run across the field during drive back drills.

By day two, I was crawling into bed and falling asleep before my head hit the pillow. On day four, I threw up as I was running laps around the track while wearing a helmet and shoulder pads.

To say it was a physically exhausting week is an understatement, but the experience taught me about hard work, dedication to one’s craft and the power of journalism to build connections between communities.

Post-high school, I focused my energy on pursuing a degree in theater at the University of Massachusetts at Amherst, but my passion for writing could not be muted for long.

I spent the summer after my sophomore year reporting for Indian Time — an indigenous-owned newspaper on the Akwesasne Mohawk Territory in New York — before taking a break from college and moving to California.

After becoming a San Diegan transplant, I earned degrees in culinary arts, journalism and political science at San Diego Mesa College with the hopes of becoming a food writer.

While pursuing my associate degrees, I served as the editor in chief for The Mesa Press student publication on campus, where I learned to manage a team of news producers and heighten my time management skills.

I went on to write for the North Coast Current, transfer to SDSU, become a staff member for The Daily Aztec, network with fellow news producers and learn as much as possible about the individual, niche aspects of the profession.

Now I am finally in my last year at SDSU, yet the goal I have been working toward for the past three decades still seems to be painfully out of reach. Nightmares of being unemployed post-graduation plague me as I slumber, and I wake up in the middle of almost every night in a state of near-panic.

With any luck, someone will come up with a perfect and miraculous solution to funding “accurate, fair and thorough” journalism, and the state of the industry will change drastically in the coming months. In the more than likely event that this doesn’t occur, I will just continue to seek the truth, report it and hope that someone somewhere will appreciate it.