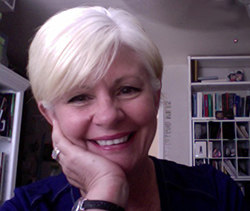 Ramona Pérez will teach an introductory course on the Nahuatl language of the Aztecs starting again this semester.

Students at San Diego State now have the opportunity to learn the Nahuatl language — a language spoken in the Aztec empire — through Elementary Nahuatl I, or LATAM 296.

While often thought of as a dead language, Nahuatl is currently spoken by about 1.5 million people in Central Mexico, according to the Endangered Languages Alliance.

Anthropology professor and director of the Center for Latin American Studies Ramona Pérez said this course was initially cut during a budget crisis in the early 2000s. However, it was brought back for the spring 2018 semester.

“One of the things that happened when the president chose to keep the moniker was that she committed to encompassing educational programs for every student, faculty, staff and alum as part of the SDSU community to learn what it means to be an Aztec,” Pérez said.  “And that includes the Nahuatl language, that includes the history and the archaeology of the Aztec Empire, as well as the contemporary Nahuatl people.”

Pérez said the class is not directly tied to the mascot but rather highlights the various indigenous languages at the Center for Latin American studies considering.

University spokesperson Cory Marshall confirmed the course was being processed before the decision to keep the Aztec mascot last summer.  A task force measured the appropriateness of the university’s symbol and implementing changes to make it a more respectful portrayal.

Anthropology graduate student and teaching assistant Velma Calvario said she hopes for this program to develop and honor the Nahuatl people.

“I think it’s really important, especially being the university of the Aztecs, that we honor not just its past but people who are very much alive and maintaining and vitalizing and developing this language that is in danger of being displaced by the Spanish language,” Calvario said.

However, Pérez said the course is not currently expanding and will be kept to a small enrollment number as Nahuatl, a language that is both written and spoken, features many different dialects.

“You’ll find anywhere that when it comes to Indigenous language learning, they try to cap those classes at 10,” Pérez said.

The course is focused on not only teaching students the Nahuatl language but teaching about the Nahuatl people.

“I think the objective of the class is really again to teach the students knowledge about the language in terms of its grammar,” Calvario said. “It’s linguistic but also the cultural and historical context as well. So you’re not just going to be learning grammatical rules, you’re also really learning the cultural aspect of it and how it is used today.”

Microbiology sophomore Leila Golgolab said she believes the class is relevant on campus despite not knowing the course existed.

“I think it’s relevant because honestly, I think people don’t even understand that our mascot is an Aztec and that actually has cultural significance and I think that should really be taught,” Golgolab said.

A previous version of this story featured a quote that incorrectly stated the Nahuatl language was not written. This quote has since been removed. The Daily Aztec regrets this error.