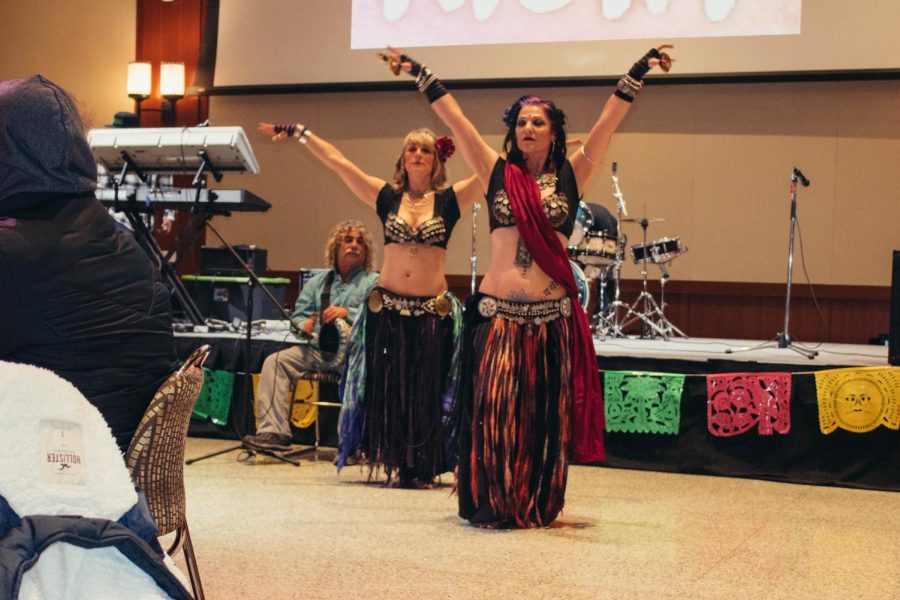 “Sight, sound and taste are really the themes of the night,” Alpha Pi Sigma Vice President and business management senior Jennifer Mendez said. “It’s a learning experience for all the attending people.”

The hall was decked out with festive pieces, and attendees were treated to food from various regions including East Africa, the Philippines and Central and South America. The smells of the various dishes permeated the air as people sampled the delicacies.

Live entertainment, like rock, Mariachi music and belly dancing, took center stage while people mingled and ate. At one point the belly dancers insisted on the crowd participating, and brought up several participants to vibe with the rhythmic drumming and learn some new moves.

Other performances included Native American and Brazilian dancers and solo dance performances to pop hits. Volunteers were allowed to drum and join in these festivities as well.

“I’d have to say the hardest thing about making this night happen was just coordinating everything, like making sure we had enough performers and different types of food,”  Martinez said.

While the stylings of food and music might have differed, the core of the event seemed to highlight what people have in common and appreciating the many distinct cultural aspects on display.

Besides music and food, guest speakers were also present at the event to discuss their respective backgrounds. Speeches about what it means to be part of certain cultures and how those identities can be understood were delivered throughout the event.

“It’s all about getting everybody together having a fun night exposing people to different cultures other than their own,” Villalobos said.