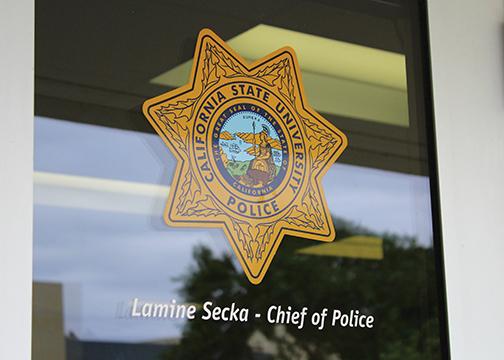 Burglary
A vending machine was broken into and money was taken out at South Art on Avenue Of Arts at 5:35 a.m. on Feb. 15.

Robbery
A girl reportedly had her phone stolen after being hit in the face by a suspect at Toltec Apartments around 2 a.m. on Feb. 2.

Suspicious Circumstances
Around 8 p.m. on Feb. 12, a woman told police a man had grabbed her arm, continued walking with her and told her “not to say anything” near Storm Hall.

Suspicious Person
Around 8:10 a.m. on Feb. 7, a woman was exposing herself and urinating inside the Starbucks on College Square.
It was reported that two people appeared to be peering into apartments from Parking 6 around 3:25 p.m. on Feb. 22.
Two men were reported to be at the top of Parking 3 structure with possible BB guns around 11:15 p.m. on Feb. 25.

Concealed Weapon
A non-SDSU student was arrested and taken to county jail for carrying a concealed knife in Parking 7 around 7 p.m. on Feb. 21.

Vandalism
Someone slashed the top of a convertible in Parking 7 around 3:10 p.m. on Feb 8.
A vending machine in Student Services East had its glass shattered around 1 p.m. on Feb. 12.
An individual who has been banned by Aztec Shops, was spotted inside the Starbucks at Aztec Shops Terrace around 1:15 p.m. on Feb. 24. When asked to leave, he got upset and broke a snack rack.