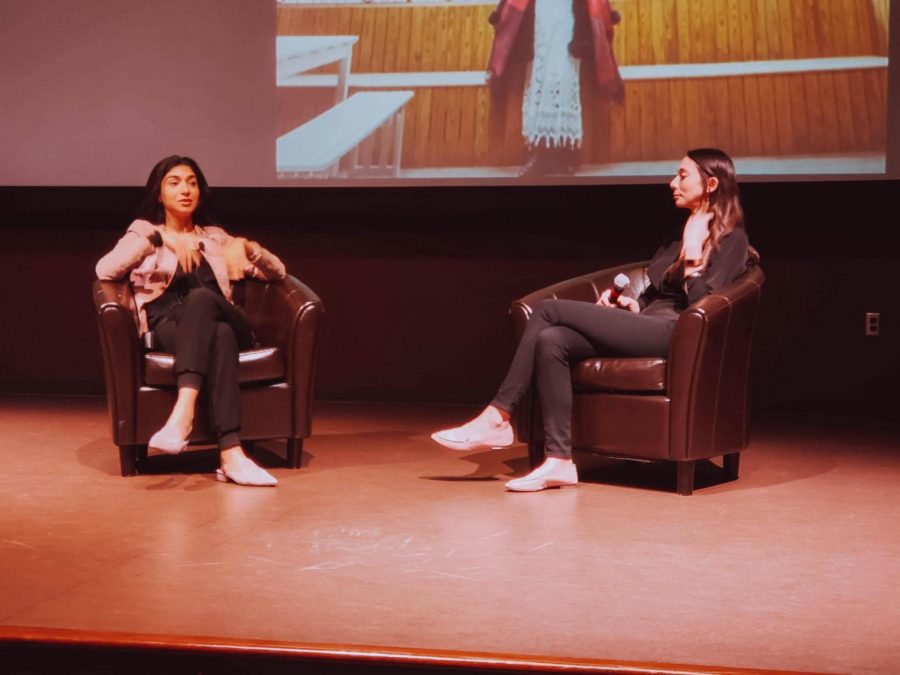 Shiza Shahid, a women’s right activist, CEO and co-founder of the Malala Fund, encouraged San Diego State students to create their own path and advocate for a cause they care about through their own jobs, when she spoke in the Aztec Student Union Theatre on March 7.

“I think we’re alive in a really interesting time where the old industries are changing. Some are collapsing and some are evolving.” Shahid said. “So as young people think about their careers, to think about it in nontraditional ways to realize that if they want to have an impact, they don’t have to choose between having an impact working at a nonprofit.”

Shahid who was born in Pakistan, said she was accepted to Stanford University and left her home country in order to pursue her education. However, after hearing about the Taliban’s ban in 2009 against women’s education, she said she decided to go back the summer of her sophomore year and create a girl’s education camp, composing of 26 girls. One of the girls was 10-year-old Malala Yousafzai, who, unknown to her, would be the youngest person to ever receive the Nobel Peace Prize in 2014.

Three years after the camp, Shahid said she was notified of Yousafzai’s shooting while on a trip to Egypt, and immediately flew to Birmingham, England, to visit her and stay with her family through the recovery process.

Shahid said this was the turning point for her in her career life. She said she had to make a decision to either go back to working on her five year plan or travel around the world with Malala to help spread the message of education, and she chose the latter.

“It’s good that she’s here to spread the word and inspire young women” Earl said. “I think her message of sustainability is really important in this day and age.”

Shahid said once making the choice to share Yousafzai’s story with the world was the best decision she made in regards to her career.  She said in addition to her decision and several other people’s encouragement, it prompted her to create the Malala Fund, which according to its website, is set to help over 130 million girls worldwide obtain an education.

Shahid said the SDSU population does not have to do what she did, but what is important is allowing students to find a mission they are passionate about and follow it. For the SDSU community, Shiza said the important key was to be ready for change and exploration.

“We have no idea what jobs are going to look like by the time they (students) graduate. So they have to constantly be reinventing themselves, be curious, and be entrepreneurial,” Shahid said. “Don’t go into a career path expecting the deep amount of stability. Be willing and ready to change and evolve yourself and change and evolve industries.”